The Battle for Tobruk

I should at the outset declare my own interest. I am the author of Valiant for Truth, the first biography of Chester Wilmot to appear since his death in the Comet crash of January 1954. Peter Cochrane is a valued friend and colleague, and I was consulted about the introduction. There, in my (possibly biased) opinion, Peter paints a sensitive portrait of Wilmot’s character and makes some perceptive comments about Tobruk 1941, the account of the siege of the desert fortress the war correspondent and historian wrote in 1943.

Cochrane points out that unlike the work of many of Wilmot’s contemporaries Tobruk 1941 is not the story of the correspondent but that of the siege. At the time war correspondents like Wilmot’s friend and colleague Alan Moorhead were writing instant histories of the events they had covered. These were in the form of autobiographies describing their own adventures. This was true of the other Australian classic of war reporting to appear in 1944, Osmar White’s Green Armour, which describes his own, Damien Parer’s and Wilmot’s adventures on the Kokoda Track. Chester certainly interweaves some of his own experiences covering the Australian 6th Division’s first battles in the Middle East and the capture of Tobruk into his narrative. He even includes an account of his first meeting with legendary war photographer Damien Parer. But he continues with an account of the German offensive that led to the decision to hold Tobruk in April 1941. 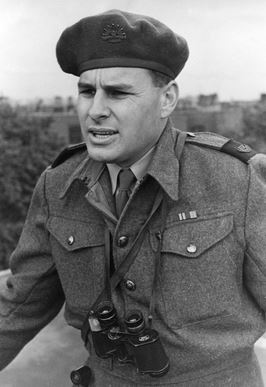 Wilmot (left) himself was in Greece and then Syria while all this was going on. He didn’t get to Tobruk until August. In a review of Valiant for Truth in the Australian Book Review Kevin Foster cites me correctly as insisting Chester Wilmot was a “committed socialist and the faithful friend of the common man”, but then continues, “Not that Wilmot saw much of him. Wilmot was a serial cosier up to authority, both scion and creature of the establishment. The trusted confidant of men of letters, men of arms, and men of power.” The notion that Wilmot had little time for the common man—the ordinary soldier—and was only interested in men of power and influence is contradicted by much of what he wrote in Tobruk 1941 and what we know about the way it was researched. Wilmot took advantage of the officers and men still in the desert fortress to research the events that preceded his arrival. There is a brilliant account of the Easter Battle and the hand-to-hand fighting during which Jack Edmondson won the first Australian VC of the war. One of his main sources was Lieutenant Austin Mackell, who was in command of the patrol. Mackell would not be recorded but Chester and his sound recordist Bill McFarlane did get some of the other soldiers who took part in the action to tell their stories for the microphone and eventually the book. Since it was 1940 he could not include all of what Mackell said to his commanding officer. “We’ve been into them and they’re running like f***ing bunnies!” In the book the sentence ends with a discreet dash.

As Cochrane notes, the action here is sanitised, as are all the descriptions of fighting throughout the book. Dudley McCarthy, who later wrote the Kokoda-to-Wau volume of the official history, was then a major in Tobruk tasked with examining the bodies. “Edmondson’s injuries were appalling,” he told me.

Another of Wilmot’s sources for the earlier battles was Major-General Morshead. Far from Chester cultivating him, Morshead wanted to use Wilmot to get a favourable portrayal of his own and the Tobruk garrison’s exploits back to Australia. Infuriatingly the general made himself Wilmot’s censor, once taking one of Wilmot’s dispatches with him to Cairo before passing it back. The general censored one of Chester’s finest dispatches, “In a dugout in Tobruk”, as “unseemly”. The dispatch which was never recorded was a description of conversations between a group of ordinary soldiers in a dugout. The language was cleaned up, but the earthy observations about the men who have stayed at home are probably why it was suppressed. Now of course it is invaluable social history. Most of the dispatch has been incorporated in the book and is one of a series of passages describing life during the siege as Wilmot observed it. All of which helps to make the work excellent social and military history.

Wilmot did not let his contacts with Morshead, not to mention the general’s not-so-subtle bullying, get in the way of giving an accurate account of who was responsible for the first dispositions that had played such an important part in repelling the German attacks. These had been the responsibility of Major-General Lavarack, who had succeeded to command of all the forces in Cyrenaica as well as being GOC 7th Division. He had been the senior officer then, but by 1943 Morshead was up and Lavarack was down and Morshead was trying to claim all the credit for the success at Tobruk. Chester contacted Lavarack, who allowed him to photograph Wavell’s original handwritten orders as an illustration for the book. He also appears to have showed him copies of his own correspondence. With this Chester was able to apportion the credit accurately with handsome tributes to both men.

Inevitably there are mistakes. Wilmot argues that the dispatch of Australian forces to Greece was not the cause of the subsequent defeats in the Western Desert. That is, to say the least, debatable in the light of what is known now. Rommel was never a Nazi. He was for a time commander of Hitler’s bodyguard. These are the kind of inevitable mistakes a writer makes when writing so close to the events. What is remarkable about Tobruk 41 is that there are so few of them.

The Text Classic is an attractive paperback and it is good to see the book back in print with its original title. However, the first hardcover edition included a splendid collection of photographs by Damien Parer, Tom Fisher, Frank Hurley, George Silk and Chester himself. There was also an excellent fold-out relief map. Many of the photographs were of ordinary soldiers that unfortunately were not at the time able to be identified. They do nevertheless reinforce the egalitarian theme of the work. Wilmot was writing democratic history in the tradition of C.E.W. Bean, who was an adviser on the book. A useful corrective to the absence of illustrations in the Text edition is Peter Cochrane’s own collection of stills also titled Tobruk 41 (2005). It is a fine example of photographic scholarship and I am told there are copies still available.

The Question of Adequate Symbolism

The Edmund Campion You Didn’t Know

The Burden of Responsibility