Are you old enough to remember The Lawsons (1944 to 1949)? The ABC’s first radio soap opera was launched as a propaganda weapon, disguised as a rural idyll, to boost soya bean plantings for the war effort. What about its successor, Blue Hills (1949 to 1976), de rigueur listening at 1 p.m. across town and country, and arguably the most successful program the ABC has ever had?

We could never have programs like that today. Amidst the banalities of everyday life, first on a farm, then in the home of a country doctor, the daily episodes could ventilate contentious social issues, some of which would be “reasonably likely, in all the circumstances, to offend, insult, humiliate or intimidate another person or a group of people”. For today we have the Racial Discrimination Act and those words of its notorious section 18C.

Those provisions leapt into the consciousness of the general public only with the Bolt case in 2011. Andrew Bolt was found to have used an inappropriate “tone” when he questioned whether people indistinguishable in appearance from Europeans could claim to be Aborigines, and dared to ask how they could claim ensuing benefits, or win art awards meant for Aboriginal artists.

Let’s go back, before the Racial Discrimination Act and section 18C, to see how Blue Hills was free to talk about such things sixty years ago. 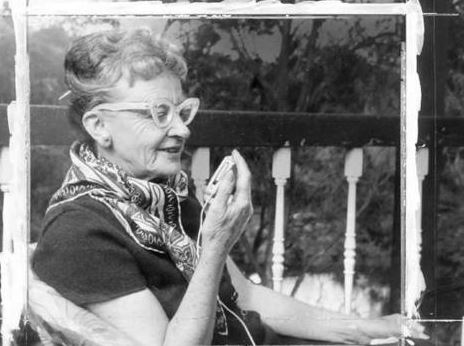 Playwright Gwen Meredith (above) wrote (actually dictated) all 5795 episodes and was noted for assiduously researching every topic so it was factually correct. She made field trips throughout Australia and gathered information from every available authority, even correcting detail when correspondents pointed out errors.

In the early 1950s, one of great public issues of the time was what was to be done about the many half-caste or mixed-race descendants of European–Aboriginal liaisons. Could or should they be assimilated into white society? If that was to be, how could colour prejudice be overcome? 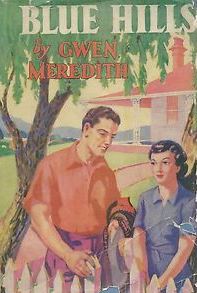 Socialist poetess Mary Gilmore had written to the Sydney Morning Herald, pointing out that a child of a white father and Aboriginal mother was considered only of the same level as her children born to an Aboriginal father. She asked: “Under what biological conditions does a white man produce a child his own equal from a negress or a Kaffir, and a child inferior to himself from an Australian native?”

The Reverend Ted Noffs, who later founded Sydney’s Wayside Chapel, wrote that adults of mixed blood had little hope of becoming normal members of the community, but their children and grandchildren should be positively assisted to “take their place as ordinary members of society”.

The 1954 census used the term “race” instead of “ethnic group” to define residents who were Chinese, Afghan, Aboriginal or European. Anthropologists criticised the terminology, pointing out that national geographic and cultural groups did not coincide with the major racial groups. Nor was the term “half-caste” used in the census form accurate; “mixed-blood” would have been a kinder and more suitable choice, they said.

The real question was: How could people of mixed race be assimilated and the dreadful stigma of miscegenation be expunged?

Blue Hills weighed into the issue melodramatically, setting up a love story between Sally Howard, a white woman living with her widowed father on one station property, and Anderson Roberts, the son of a white man and an Aboriginal woman on another. Anderson was raised by his father as a white child, and passed everywhere as European. The proposed marriage was opposed by those who knew Anderson’s secret; when his heritage was spitefully revealed as “an abo bastard”, it was necessary to resolve the situation by finding a way to assure the loving couple there need be no impediment to their marriage.

This was accomplished by the dramatic device of seeking advice from a Sydney University anthropologist. He assured Sally that the “dark blood” of an Aboriginal person would work out. Provided there was no further introduction of colour, he said, each generation must be lighter than the one before. A throwback? he was asked in the serial. “It just couldn’t happen.”

In the 1950s, the elimination of colour equated to the elimination of aboriginality, then a facilitation to assimilation, but a concept fiercely resisted today, in the era of recognition of country and ersatz smoking ceremonies at Parliament House. As Bolt observed, political power has replaced social recognition as the Aboriginal objective. Sally and Anderson did marry in the serial in May 1953, but were written out of the script soon after.

There was much speculation that the anthropologist “Professor Barwin” that Meredith said she consulted was Professor A.P. Elkin (right), known to have been a supporter of assimilation. “Consciousness of national unity is cultural and historical, not physical,” had been one of his credos. The Australian Dictionary of Biography describes Elkin as “an indefatigable speaker who fought throughout New South Wales for justice and citizenship for Aborigines”. However, it also records that in later years, increasing Aboriginal activism led to criticism of his assimilation policies.

The estimated 30,000 people of mixed blood were coming to believe their future was better served by identifying as Aborigines and proclaiming their tribal heritage. In the last sixty years, that, not assimilation, has become the preferred route to identity—and its benefits. The strength of the unification has been reflected in the success of the land rights movement, the Mabo and Wik decisions, and the campaign for recognition in the Constitution.

The merging of mixed-race and full-blood interests was occurring simultaneously elsewhere. When I first met John Guise, Papua New Guinea’s first governor-general, in 1957, he was a government clerk and proud chairman of the Port Moresby Mixed Race Association. He then resigned, went to live in his wife’s village down the Papuan coast and re-emerged a few years later as a Papuan. Whenever he came to town, he was careful to appear, as Ian Downs observed, in a lap-lap and torn T-shirt. In his new and more acceptable native identity, he was ready to enter his distinguished political life as the cunning lone wolf of Papua New Guinea politics.

The questions Bolt asked were little different from those faced by Gwen Meredith’s characters six decades ago—how to define identity and what benefit accrues from the decision.

Stating these facts should not “offend, insult, humiliate or intimidate”, nor risk prosecution for stating them. That is why section 18C must be repealed.

Geoffrey Luck is a retired journalist and frequent contributor to Quadrant.

In Defence of Freedom of Speech