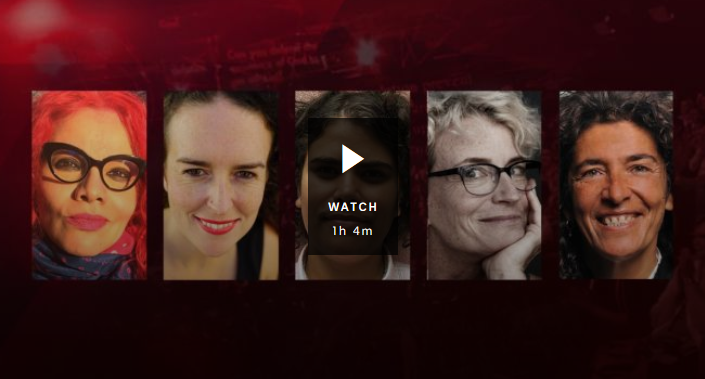 … ABC chairwoman Ita Buttrose backed [managing director] Mr Anderson’s decision to investigate the program, saying it would be removed from all ABC platforms…

As further proof that ABC management is quite simply unable to manage the staff-run billion-dollar-plus behemoth, Ms Buttrose’s edict appears to have been ignored. As of early on Friday afternoon, hours after her instruction was issued, the video and transcript remained freely available on the Q&A website.

One might have thought, given that even Communications Minister Paul Fletcher has bestirred himself to issue a press release, that the ABC might be keen to deep-six the evidence of its transgressions against decorum, intelligence, logic, history, capitalism, Christians,  Scott Morrison, men in general and police in particular. Here is Minister Fletcher’s statement, all 83 mild words of it:

This week’s episode of Q&A on ABC television (broadcast Monday, 4 November 2019), in which some panelists used offensive language and called for or endorsed violence, has generated significant community concern.

“The ABC has this afternoon announced that it will investigate whether the program met the ABC’s editorial standards. This is appropriate,” said the Minister for Communications, Cyber Safety and the Arts, the Hon Paul Fletcher.

Under its legislation the ABC has editorial independence. Editorial judgments are a matter for Board and management.

Perish the thought the minister might take a more forceful tack than his bland observation that the show “has generated significant community concern” before hand-balling responsibility for “editorial judgments” to “board and management”. He might, for example, have taken specific umbrage as an Australian, a taxpayer and a Liberal that his leader, PM Scott Morrison, was described thus (emphasis added):

MONA ELTAHAWY: … your prime minister here is a mini version of Donald Trump. Because we’re talking about white supremacists, capitalists, etc, etc, and we’ve got… Donald Trump is a wannabe dictator. He wants to be able to do what the fascist president of my country of birth is doing. And when your prime minister, who is also a Christian evangelical like Mike Pence in the United States, the evangelical… White evangelicals in the US voted for Trump. So, you’re on a parallel path here. When they start talking about the media as enemies of the people, when they start talking about banning boycotts, you have to start asking, what is happening to your so-called democracy?

Sooner or later, maybe, an ABC techno elf will do Ms Buttrose’s bidding and scratch the show and transcript from the national broadcaster’s servers (is the delay to be taken as an underlings’ demonstration of who really runs the ABC?). This will make the evidence of the harpies’ rancid slag fest somewhat harder to find by those who need reminding of the depths to which a publicly funded celebration of nepotism and exclusion can sink when left to its own unsupervised devices.

To this end, Quadrant Online has preserved the transcript and video. They can be found here.

A case of Numan error