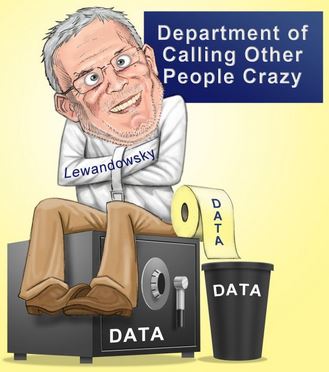 At the back of a small room at Coogee Beach, Sydney, I sat watching as a psychologist I had never heard of paced the room gesticulating. His voice was loud. Over six feet tall, his presence was imposing. It was Lee Jussim. He had come to the Sydney Symposium of Social Psychology to talk about left-wing bias in social psychology.

Left-wing bias, he said, was undermining his field. Graduate students were entering the field in order to change the world rather than discover truths1. Because of this, he said, the field was riddled with flaky research and questionable theories.

Jussim’s talk began with one of the most egregious examples of bias in recent years. He drew the audience’s attention to the paper: “NASA faked the moon landing – therefore (climate) science is a hoax.” The study was lead by Stephan Lewandowsky, and published in Psychological Science in 2013. The paper argued that those who believed that the moon landing was a hoax also believed that climate science was a fraud.

There is more, much more, via the link below — every word worth reading.