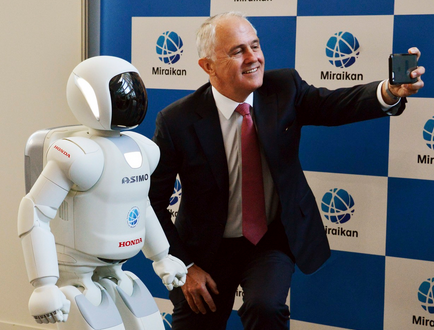 Much to his regret, there weren’t enough cybermen in the party room.

This is clearly in response to the attempts by Turnbull to undermine the Morrison government by inter alia claiming through the media that as leader he would have succeeded in obtaining the Coalition’s return at the next election. Turnbull also continues to let people know that he strongly supported action on climate change.

Dutton has covered much more ground than any former Cabinet minister since Turnbull’s departure. In particular, that the Coalition would have lost 25 seats under Turnbull and that he was all talk and little action. Further, that

“… the Liberal Party became unrecognisable to our supporters. People who had voted for us for years had switched off … Marginal-seat members across the country believed we would lose the election and, in the end, MP’s couldn’t walk down the street without people saying ‘You have to get rid of him’. People thought they had a good local member but wouldn’t vote for us whilst Malcolm was leader.”

The surprise is that it took so long for Liberal members to get rid of Turnbull. Dutton says that Turnbull effectively brought on his own fate after the Coalition lost the 38th Newspoll.

“I have no doubt Malcolm will rue the day he stormed in to the party room and declared the leadership open, expecting to get a resounding vote. His low vote destroyed him without any challenge necessary. It was then only a matter of when, and he used every trick to delay the vote. But it would have been untenable to leave Canberra that week without the leadership question being settled.”

Another surprise is that such revelations on Turnbull had not been made by Morrison, who needs to clear the decks of Turnbull’s imposed policies and, thereby, create an opportunity to pronounce some genuinely liberal policies. Now that Dutton has done this to a significant extent, Morrison should be able to enunciate policies which more widely distinguish today’s Coalition from Turnbull’s. Morrison has already modified energy policy but more could be done.

Of course, there are risks in effecting such a change from the Turnbullesque. This can be seen from the decision by Julia Banks to resign from the party because it had made that change.

But that is the risk Morrison and his colleagues need to take if the Coalition is to have a chance at the election.’

The meaning
of academic freedom