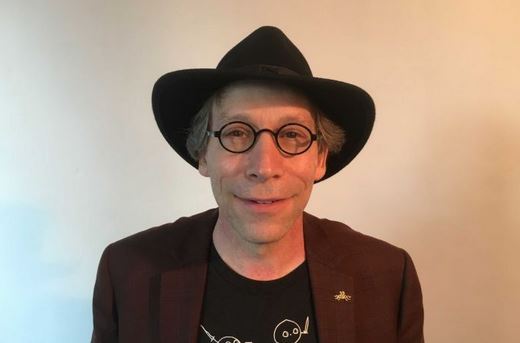 Habitual ABC guest, globe-trotting cosmologist and science “populariser” Lawrence Krauss (above) has some interesting theories, one of which he aired last year on Q&A. Fear of terrorism, he proclaimed, was misplaced, as refrigerators kill more people than bearded men shouting ‘Alahu Akbar’.  This went over well with Tony Jones, who managed to restrain that compulsion to interrupt which always seems to overcome him when views antithetical to the ABC’s conception of the world are aired. Indeed, Jones accepted the killer Kelvinator remark without comment — and then encouraged error to be compounded by sophistry when he turned to The Guardian‘s Mona Chalibi. She put the chances of being blown up, beheaded or having your flight curtailed by a tall building at three million-plus to one. See, nothing to worry about!

Thus do things work at the ABC, where opinions are woven into the whole cloth of virtuous-left positions and, when needed, a blind eye can always be counted on to overlook flaws of argument and perhaps behaviour as well.

Mind you, only some behaviour, which makes Mr Krauss’ fly-in-fly-out future as an ABC fixture somewhat open to speculation. Buzzfeed reports:

The incident happened at a dinner held at the Melbourne Zoo as part of the Australian skeptics national convention, where Krauss was a featured speaker. Shortly before the conference, said Melanie Thomson, a microbiologist from Melbourne and another invited speaker, she was warned about Krauss’s reputation by Michael Brown, an astronomer at Monash University in Melbourne.

“So I was like a watchdog, making sure that nothing untoward happened,” Thomson told BuzzFeed News in November. With conference delegates chatting over drinks, one of her friends asked Krauss for a selfie. As the woman held out her phone to take the picture, Thomson said she saw Krauss reach over her friend’s shoulder and grab her right breast.

“As soon as she reacted, which was instantaneously, she bodychecked him and then she spun around,” Thomson said.

The photograph in question shows Krauss’s hand in motion in front of the woman’s shoulder. BuzzFeed News attempted to reach the woman in the photograph, but she did not respond.

Others at the conference said the woman mentioned the incident to them, and the selfie was passed around at a party she attended the next evening. She did not complain to the meeting’s organizers.

In July of 2017, Thomson filed formal complaints about the incident with Arizona State University, and with two schools where Krauss had visiting appointments: the Australian National University in Canberra and the New College of the Humanities in London.

Krauss denied that he groped the woman. “I often put my hand up in front of a camera if there is a flash, as I specifically request selfies not to include flashes, so that I don’t end up with a series [of] bright spots in front of my eyes for the next half hour,” he told BuzzFeed News by email.

The New College of the Humanities did not investigate the complaint; the other two schools did. In an email, Arizona State informed Thomson that it “did not find a violation of university policy.” And the Australian National University wrote to her noting that the photo, by itself, did not prove physical contact, and that officials could not reach the woman, whose identity was not disclosed in the complaint.

“Based on the material available to the University, we do not have sufficient evidence to substantiate the allegations,” ANU’s letter said.

But that’s not how Krauss described the schools’ findings. He told BuzzFeed News that “both Universities independently concluded that the report was unsubstantiated and fabricated with malicious intent.”

Both schools rejected this characterization.

On Nov. 3, after the ANU complaint was closed, Krauss resigned his position there, citing unrelated personal reasons.

Important to note is that Mr Krauss has denied all allegations against him, many of which are detailed in the Buzzfeed article available via this link or the one below.

Sadly, what the report doesn’t include are Mr Krauss’ thoughts on the chances of being sexually harassed by a refrigerator.