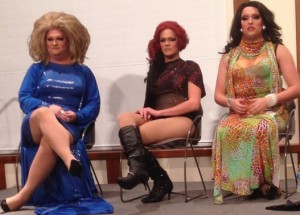 Some strange missives turn up in Quadrant Online’s mailbox. There is the fellow who signs himself Old Fritz, for example, and sends near-daily updates on the global machinations of the international Jewish-banker-communist conspiracy. Extraordinarily acute at discerning Zionist evil in, well, just about everything, he is a good deal slower at grasping that his epistles are not appreciated. Sent a Youtube link to the Springtime for Hitler routine from The Producers, he took that response not as mockery but endorsement, and so the jackbooted epistles continue.

Fritz, if you are reading this, please set aside the keyboard, buff your lederhosen, slap those heels together and put that boundless energy into another crack at invading Poland. But please, whatever else you do, just stop writing.

Then there is chap who bombards us with notes about the many beneficial effects of marijuana, which it seems can cure absolutely everything (apart from a compulsion to write press releases immediately filed in the rubbish bin).

When Tuesday’s mail brought a note advising that fellowships and overseas travel are available to selected journalists, it appeared at a glance to represent much saner stuff. The organisation sponsoring the scholarships has an office on K Street in Washington DC, where America’s most expensive lobbyists hang their shingles, and the prize being offered is an extended residence at the Center for International Studies at the Massachusetts Institute of Technology in Cambridge, Massachusetts, where the opportunity to learn how journalism might be hitched to the cause of social activism seemed compellingly interesting.

Meals, living expenses, travel costs are all covered, so why not apply? Quadrant will never win a Walkley, which should be re-named the Walkley Awards for Best Journalism by a Union Member as Determined by Panels of Like-Minded Left-Leaning Judges. With arbiters of excellence that have included Phillip Adams, whose borrowing of others’ words could not be ignored even by Media Watch, and Margo Kingston, who thinks flushing her toilet insults Gaia, the sad truth is that a Walkley on the mantelpiece commands about the same prestige as the flight of plaster ducks above it. A lovely jaunt to the other side of the world is much more appealing.

There was a problem, however. That Cambridge sojourn is available only to female journalists, which seemed at a glance extremely unfair, discriminatory even. The ABC’s Sally Sara won the award in 2007, so surely it could be argued that the competition is long overdue for a dash of XY chromosomes.

And thanks to our age of wonders, this era when white people can be Aborigines and biological reality is no more than a matter of individual preference, it might just be that there is a glimmer of hope! A quick query was sent off to Anna Schiller of the International Women’s Media Foundation, which sponsors the award. It amounted to this:

If a male journalist chooses to reject the patriarchal construct of gender-normative sex roles and self-identify as a woman, would (s)he be eligible for that all-expenses-paid sojourn in Cambridge?

The answer came by return mail:

Yes, journalists who self-identify as a woman are eligible to apply.
All the best,
Anna
The trick to unclogging Quadrant Online’s idiot-besieged mailbox is now apparent: If Old Fritz can be persuaded to present himself as the re-incarnation of Ilsa, She-Wolf of the SS, there is a possibility he could apply, win and — Jawohl! Achtung! Raus! Raus! —  we will see no more of his correspondence for a good seven months. After that, Old Fritz could pen another expose of Israel’s wickedness and, given the subject matter, he might stand a very good chance of collecting a Walkley.Girls, self-defined and otherwise, who fancy a free trip to the US can apply via the “continue reading” link below.
—  roger franklin
Link to this post