It’s come to this 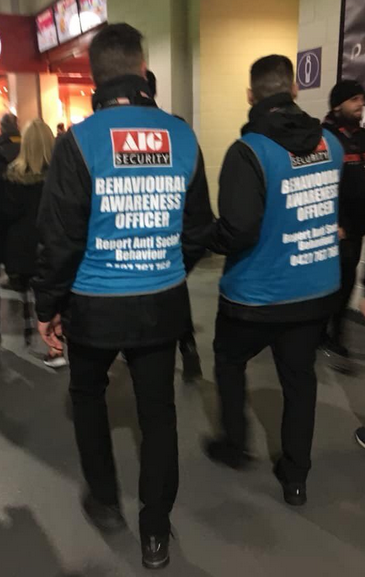 I took a bad case of the flu to footy on Saturday and a Thermos of chicken soup as well. If you saw the game, it was a classic. One team would build a solid lead then be pegged back, then the cycle would repeat. Great game (I wouldn’t have said that if the Bulldogs lost) until midway through the third quarter, when it was the Doggies’ turn to slump.

I was tapped on the shoulder by a gentleman from the Subcontinent and wearing an orange vest who told me ‘to behave’. All I did was stand up in a moment of frustration — I might have groaned and appealed to Heaven against the umpire but didn’t say anything obscene, nothing like what you hear every night on the ABC.

Then he demanded to inspect my Thermos!

He went away, but I noticed him pointing me out to another orange-vest a bit later … What’s happened to my Australia?

Jeff Kennett, former Victorian premier, has some ideas on what has happened. Predictably, the cookie-cutter minds at The Age mined Twitter for damning commentary.

Papists under the bed