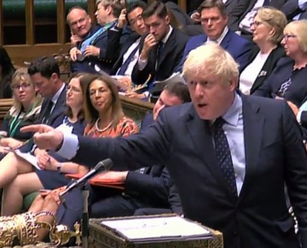 In Quadrant‘s just-released October edition (subscribe here and avoid the paywall), John O’Sullivan’s Asperities column guides readers through the Brexit debacle up until the moment we went to press. That was just before Britain’s Supreme Court ruled PM Boris Johnson’s proroguing of parliament was “unlawful”. In National Review, John makes with the updates:

…The attacks on Boris Johnson’s rhetoric — in particular those that traced the murder of Jo Cox forward to his use of “surrender” and “sabotage” — were meant to make it impossible for the Tories to wage a vigorous and effective campaign against MPs who had promised to support Brexit but had since done all they could to obstruct and prevent it. (A secondary bonus is that Labour MPs will be positioned to blame the Tories if any physical attacks do occur.)

Naturally, if you’re secretly aiming to obstruct something, you will loudly condemn the pejorative use of the word “obstruction” as offensive, dangerous, or inflammatory. The solution is to back off from deceptive obstruction, however, rather than to police language…

John’s guide to the hysteria and hypocrisy of a parliament “too cowardly to face the electorate” can be read in full here.