In bed with the Left, no respect in the morning 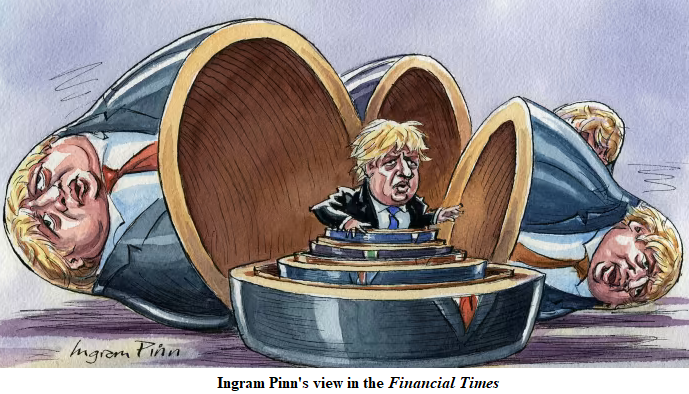 Quadrant‘s John O’Sullivan, writing at The Pipeline, weighs in on Boris Johnson and the mistake conservatives make whenever they stoop to accommodate the Left:

…he had real achievements to his credit. He got Brexit done. He sent the extreme left Labour leader, Jeremy Corbyn, packing in the 2019 election. He put together a broad-based national coalition of all social classes to win his 2019 landslide victory. He was personally popular–a well-known public figure who had edited the Spectator magazine, written a column in the Daily Telegraph, and appeared for years on a popular radio comedy program about current affairs: “Have I Got News for You.“ And he still has lots of supporters throughout the country who are indignant at his defenestration.

Why then is he Out with a capital O? The answer is his policies. More and more voters, especially those who voted Tory in 2019 for the first time ever, thought he had let them down over policy. And, sadly, they’re correct. His policies were almost more socialist than Labour, hiking spending and raising taxes. He was a passionate advocate of a “Net-Zero” carbon emissions that threatened to reduce living standards, increase taxes and electricity prices, and make the energy crisis a permanent one.

Why did he embrace these policies? I believe it was for the same reason that he initially bowed down to the consensus of doctors and scientists: he believed he had no alternative. It’s vital to say that clearly now because almost exactly the same thing is likely to happen on a very different playing field, the Tory leadership election, unless we wake up.