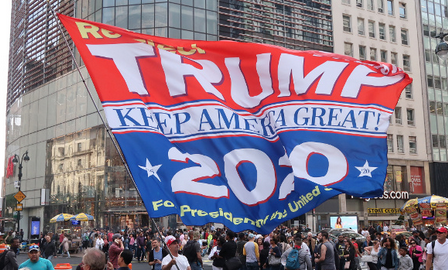 Victor David Hanson, always worth reading, explains why middle-class voters are so angry. He writes with Trump and Brexit in mind, but his six-point analysis also helps to explain why the predictions, endorsements and expectations of Australia’s media/political class were confounded at the May 18 election:

Two, globalization enriched the cosmopolitan elites who found worldwide markets for their various services. New global markets and commerce meant Western nations outsourced, off-shored and ignored their own industries and manufacturing (or anything dependent on muscular labor that could be replaced by cheaper workers abroad).

Three, unelected bureaucrats multiplied and vastly increased their power over private citizens. The targeted middle classes lacked the resources to fight back against the royal armies of tenured regulators, planners, auditors, inspectors and adjustors who could not be fired and were never accountable.

Four, the new global media reached billions and indoctrinated rather than reported.

Five, academia became politicized as a shrill agent of cultural transformation rather than focusing on education — while charging more for less learning.

Hanson’s essay can be read in full here.

The face of Islam

Their ABC, but not so much