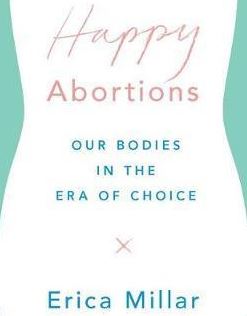 In South Korea, Japan, China and other spots around the globe, universities are training students in the skills needed to drive their nations’ economies. Here in Australia, young minds are being immersed in the likes of Adelaide University’s Dr Erica Millar’s crusade to make abortions happy and festive affairs. As her university profile explains, sort of (emphasis added):

Erica’s research expertise is in the sociology and cultural politics of reproduction. She is interested in representations of reproduction, systems of stratified reproduction, reproductive justice movements, and biopolitics. Erica’s most recent research is on the cultural politics of abortion. Her project combines feminist theory with theories of emotion, neoliberal governmentality, critical race studies and biopolitics to examine how the decisions women make about their pregnancies are regulated in the late modern era. She is especially concerned with identifying, theorising, and historicising the emotions that circulate alongside representations of abortion, including maternal happiness, abortion shame, and foetocentric grief. She has published several articles on the topic and her monograph Happy Abortions: Our Bodies in the Era of Choice has recently been published by Zed Books.

As to Ms Millar’s hope that abortions will come to be seen as moments of joy, she’s deadly serious:

…the idea that abortion could or should be a happy experience for women is virtually unrepresentable in the current socio-political landscape. Instead, an array of negative emotions—particularly grief, shame, regret and distress—dominate the representational terrain of abortion.

The emotions of abortion contrast sharply with the position motherhood occupies as the unassailable placeholder for women’s happiness. Erica Millar explains how cultural and political forces continue to circumscribe the decisions women make about their pregnancies, forces that are commonly disguised under the rhetoric of choice. In doing so, she provides an account of how women’s freedom is constrained in the neoliberal era of choice.

The various blurbs and reviews for Ms Millar’s book may be read at Amazon, available via this link or the one below.  Her groundbreaking work on Anxious White Nationalism and the Biopolitics of Abortion will also be appreciated by those seeking a greater understanding of our universities and how they came to be as they are. A sample:

…a history of maternal citizenship for white women, which reverberates in the present, and the articulation of the desire to eradicate abortion (amongst white women) alongside other key biopolitical technologies—the disavowal of Indigenous sovereignty and the exclusion of non-white immigrants from the nation. The figure of the aborting woman thus stands alongside other bodies perceived as threats to white sociocultural hegemony in Australia and one of its key institutions—the white, hetero-family. In the 1970s, such figures included the communist, the divorcee and the (non-white) immigrant, and in the 2000s, the lesbian mother, the single mother and the boatperson.

The association of aborting women with other threats to the security of white sociocultural hegemony in Australia produces her as an object of fear for the nation, re-affirming the goal of white reproduction as a national duty and social good.

There is much talk from time to time of the various problems afflicting our universities and tertiary system. Could it be, do you think, that the real problem with tertiary education is that there is far too much of it?