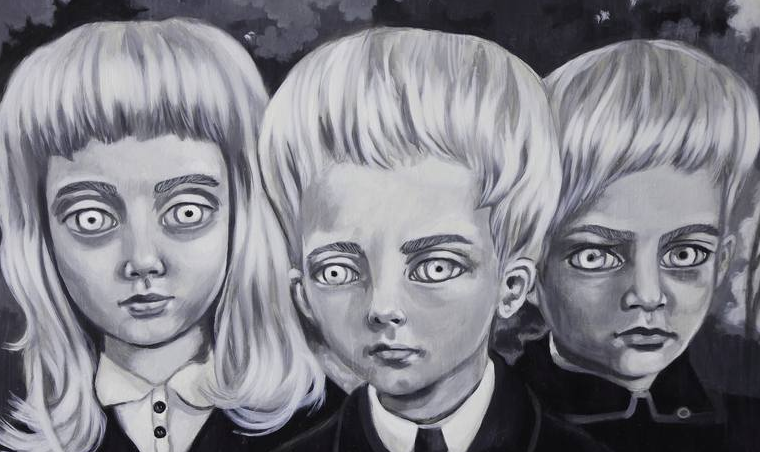 Sheltering at home from the Xi Plague and Victorian Premier Daniel Andrews’ panic-enforcement squads, otherwise known as VicPol, friend of Quadrant Steve Kates has been revisiting favourite books. He writes:

Talking to friends on the left (actually they are almost entirely my wife’s friends) never fails to astonish me about how lock-step they all are with whatever happens to be the latest ideological fashion statement. I am often taken by surprise since it is difficult to keep up with the what beliefs are in or out, but it only requires a conversation with any one of them and I find myself right up to date.

It reminded me of one of my favourite books of my youth, The Midwich Cuckoos by John Wyndam. I read every one of his books when I was a lad, the most famous being The Day of the Triffids. All of Wyndam’s books are astonishing reads and it seems all are still in print. But  Cuckoos remains the one I have loved the most, and it seems absolutely relevant to understanding the mentality on the Left. I will describe the plot but from the movie made from the book, Village of the Damned (1960 film). The book is better, an absolute page turner. From these plot details of the film you will see how relevant the book is to the mind-numbing sameness of the belief structures on the Left.

The inhabitants of the British village of Midwich suddenly fall unconscious, as does anyone entering the village. Two months later, all women and girls of child-bearing age in the affected area are discovered to be pregnant. All the women give birth on the same day. Their children have a powerful telepathic bond with one another. They can communicate with each other over great distances, and as one learns something, so do the others.

At age three, the children dress impeccably, always walk as a group, speak in an adult manner, and behave maturely, but show no conscience or love, and demonstrate a coldness to others, causing the villagers to fear and be repulsed by them. The children begin to exhibit the power to read minds and to force people to do things against their will. Zellaby, whose “son” David is one of the children, is eager to work with them. Zellaby compares the children’s resistance to reasoning with a brick wall and uses this motif as self-protection against their mind reading after the children’s inhuman nature becomes clear to him.

It may even be that Wyndam wrote the book as a caricature of the mentality on the left in his own time, published as it was in the midst of the cold war (1957). Whether or not that was his intention, it certainly fits the mould today.

Give the man another Walkley