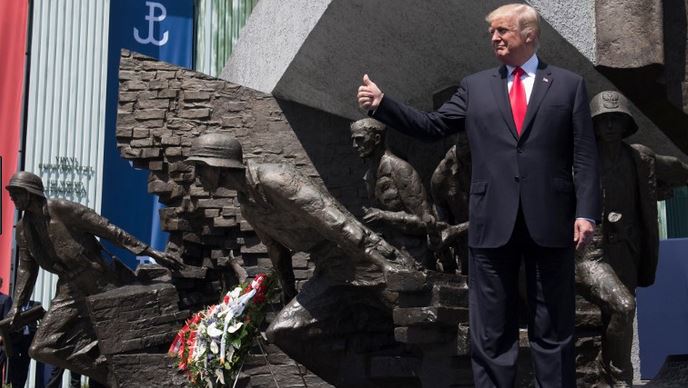 Quadrant contributor and Hudson Institute senior fellow John Conte considers Donald Trump’s recent speech in Warsaw (above) and the reaction it inspired in the political and chattering classes:

EU elites, Merkel, and their transnational progressive allies, are attempting to strip government by consent of the governed from the peoples of Central Europe and force new populations upon them without their consent.  This is a moral argument and Trump, the Poles, the Hungarians, the Slovaks and the Czechs are on the side of the angels—the side of “Philadelphian Sovereignty,” that is, the side of the republican principles of the Declaration of Independence and the Constitution of the United States.

As Conte notes, Trump’s words might just as easily have been those of other, more revered presidents. But that was then, not now:

The conceptual core of liberalism has been drastically altered since the halcyon days of FDR, Truman, and JFK. The reaction of mainstream 21st century liberalism to President Trump’s historic Warsaw speech clearly reveals what today’s progressives value and what they debase. Thus, the president’s speech (besides presenting a clear vision of democratic sovereignty and a broad understanding of what constitutes the West), has the added advantage of having flushed out, for all to see, what progressive liberals really think of the institutions and ideals that have for centuries been at the center of any decent society.

Conte’s essay can be read in full via the link below.