The good oil (and otherwise) 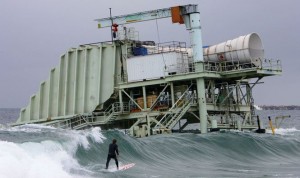 If failed Liberal leader John Hewson and Ross Garnaut, prime specimen in the petting zoo of Labor-leaning economists, think something is a good idea, rest assured that whatever they recommend is almost certainly a notion to be spurned without a moment’s further thought. When that duo’s counsel is quoted beneath Peter Hartcher’s byline in the Fairfax press, that is four good reasons, not two, to order in a truckload of salt. Drawing  guidance from the somewhat less-than-agile and innovative Saudis, here is Hartcher holding forth as to what Australia must do in order to avoid terminal decline.

The most carbon-dependent nation on earth, Saudi Arabia, this week announced a plan for a post-oil economy. “We have an addiction to oil,” said the kingdom’s de facto ruler, Deputy Crown Prince Mohammed bin Salman. “This is dangerous. It has delayed development of other sectors.”

The superpower of the oil world has decided that the most prized commodity of the 20th century is a big risk in the 21st. It’s attempting a decisive break under a plan called Vision 2030.

The solution — need it be said? — is lots more wind turbines and solar farms and taxpayer-funded wave-power generators like the one pictured atop this post, which sits rusting and expensively useless on a Port Kembla beach. Apparently more of the same will kick our “fossil fuel addiction”, which the Saudis, by no means exemplars of good management and astute national development, insist is their goal by 2030.

Sadly, Hartcher neglects to detail how Prince bin Salman aims to keep his nation’s post-oil cupboard full and healthy, which is a pity as there is room for Australia to follow that lead as well. Apart from looking to live upon its investments when oil is no longer a big earner, the Saudi plan anticipates, perhaps a trifle optimistically, a tourism industry sustained by pilgrims jetting in to visit Mecca and other religious sites. At Chatham House, analyst Jane Kinninmont is somewhat more forthcoming, and a good deal more dubious, about the prospects for an Allah-led economy’s viability.

So the solution is both simple and obvious: as green energy already elicits a near-religious response from its fans and advocates, the key will be to re-dedicate sites such as that Port Kembla junk pile as temples to Gaia and formally recognise Hewson, Garnaut and Tim Flannery as its tax-exempt priests. The only fly in that green ointment would be the cost of petrol, which might stop the faithful turning up for services — just as higher-than-needs-be energy costs already crimp growth and industry.

Non-believers, meanwhile, will be able to sit at home and wonder why, when prices are at rock bottom, it is in Australia’s interests to pay more for energy than its chief global suppliers are able to ask.

Academic, author, energy analyst and Saudi-watcher Michael Klare doesn’t answer that question at the link below, but he does detail what is really going on with the oil market and where it is all likely to lead. Gaia has nothing to do with it.