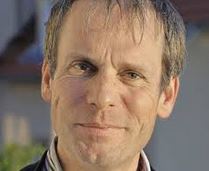 It goes without saying that labour relations in Australia leave much to be desired, not least in Victoria and Queensland, where a pair of newly installed state governments have entered office even more beholding than usual to their union backers. The Abbott government won’t go near the issue, while Bill Shorten’s pedigree banishes to the realm of absurdity any prospect that he might ruffle his Trades Hall backers.

So, as the nation’s industrial base shrivels and CFMEU picket squads bring construction sites to a standstill with seeming impugnity, might there be better way?

Professor Bernd Fitzenberger (above), Professor of Statistics and Econometrics at the Albert Ludwigs University of Freiburg, offers an alternative model, based on his nation’s experience. Visiting Australia as a guest of the H.R. Nichols Society, Fitzenberger will detail how Germany managed over the last decade to reduce unemployment from more than 11% while weathering the GFC with no political repercussions.

Fitzenberger’s tour begins in Sydney on February 16, with further dates in Canberra, Melbourne and Perth.

Eaten by the carbon monster?