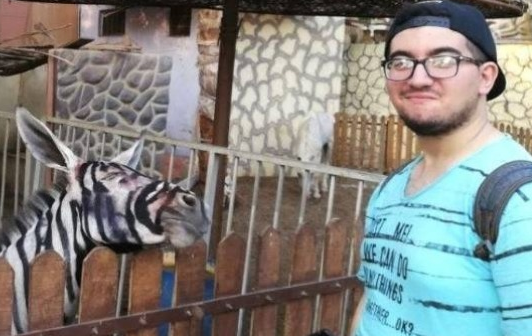 Old habits are hard to break and re-training is expensive. What, therefore, to do with Age and SMH journalists very soon likely to find themselves looking for work and, indeed, fresh occupations in entirely different fields? Trouble is, the unique skills those for-the-moment Fairfax Media staffers possess command only a very limited market value.

School crossing guards? Not much employment potential there. If you weren’t able to discern the likely consequence of alienating and insulting your traditional audience, then the inability to spot a looming truck, let alone take steps to avoid it, would seem well beyond the ken of those who have driven Australia’s oldest media outfit into the ground.

The fast food industry? Again, dubious. After all those years of relentless advocacy for the catastropharian cause, the hard-wired compulsion will be to ask customers if they “want climate change with that?” Your more extreme victims of Fairfaxian enviro-derangement would see burgers handed over with a garnish of unsolicited advice about the damage meat consumers are inflicting on the planet.

There is one job, however, that might just suit Silly Moaning Herald refugees: donkey painting.

If you haven’t heard of this occupation then you haven’t kept up with the latest news from Cairo, where shameless zookeepers have been adding black stripes to white donkeys and telling visitors they are zebras (as pictured above). The misrepresentation of the animal kingdom is a field in which Fairfaxians excel.

Take last December’s story inspired by footage of an emaciated polar bear staggering along a stony beach in the Arctic. “Emotional video of starving polar bear shows climate change impact” was the headline. Curiously, and in direct counterpoint to that 72-point pronouncement in Helvetica bold, the copy below asserted there was “no definitive proof that the bear’s condition was connected to the global phenomenon.” This must be more of that “quality journalism” stuff we’ve been hearing will be lost when Nine pulls the plug on its newly acquired old-media properties.

Or perhaps not quite so quality, as any decent news organisation which peddled a lie would be at pains to correct the record, truth rather than propaganda being what journalism is supposed to be about. As has now emerged, that poor polar bear’s final indignity was to be cast as the central player in a monumental whopper — something  the NGO photographer who snapped the image has just admitted (emphasis added):

“Perhaps we made a mistake in not telling the full story—that we were looking for a picture that foretold the future and that we didn’t know what had happened to this particular polar bear.

I can’t say that this bear was starving because of climate change”.

So far, in sadly typical Fairfax fashion, no retraction, clarification or correction has been published. Perhaps, having seen the writing on the wall, the editorial cadre is just too busy getting in some donkey-painting practice. There is no shortage of available subjects in the media company’s boardroom and executive suites.

For more on the Starving Bear scam, visit Polar Bear Science via this link or the one below. It’s a blog run by naturalist and Arctic wild life specialist  Susan Crockford. She’s disgusted, and that is putting it mildly.

A bookshop to avoid