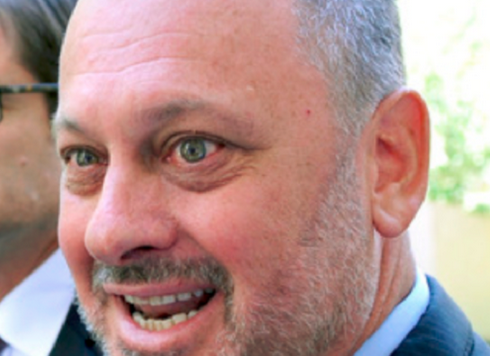 Come Monday night, any doubts Quadrant readers might have entertained about their sanity will be confirmed when the ABC’s Tony Jones introduces guest Tim Flannery and kicks off another episode of Q&A. There is no way to know what the former climate commissioner will utter, not in the light of his previous prophecies (emphasis added).

That the dams will never fill?

“I think there is a fair chance Perth will be the 21st century’s first ghost metropolis.”

“There are hot rocks in South Australia that potentially have enough embedded energy in them to run the Australian economy for the best part of a century. Now, they’re not being fully exploited yet but the technology to extract that energy and turn it into electricity is relatively straightforward.”

“It’s a great alternative to conventional coal burning and one that needs to be supported and developed.”

That the planet — sorry, Ms Gaia — is developing a global consciousness?

“This planet, this Gaia, will have acquired a brain and a nervous system. That will make it act as a living animal, as a living organism, at some sort of level.”

That desalination plants are essential?

“The [WA] State Government is now committed to building a large desalination plant, a desperate measure in ecological terms, recognition that Perth will never again be able to live off the water it receives naturally.”

That sea levels are rising precipitously?

“…the Arctic ice cap [by 2008] will have lost around half of its remaining ice, and be [editor: check the following link for the latest non-flanneried, reality-based figures] just 2.2m square kilometres…”

On the strength of that record, as Quadrant Online visitors might surmise, if the czar of wrongology says black is black, head for the TAB and bet big on the proposition that it is actually white. Well according to The Conversation that sort of attitude demonstrates nothing more than mental enfeeblement. Follow this link to learn why, as the headline puts it, “some conservatives are blind to climate change”.

According to report’s three authors, anyone who declines to believe the dams are empty, that oil costs $190 a barrel, that Arctic ice is no more, how geothermal energy is practical, cheap and wonderful, and — most exciting of all — that the earth is poised to start talking back, well we’re all mentally deficient. The report does have a solution, however. In order to persuade conservatives that Tim Flannery and his ilk are worth heeding, all warmism’s promoters need do is pitch higher electricity prices and land-clearing restrictions as “patriotic”. Then, being jingoistic right-wingers, we’ll believe every word Tim Flannery says.

Still, some might remain unconvinced, and here the ABC is unusually helpful, as Q&A offers viewers the opportunity to file questions for its panel members to chew over. Readers will have their individual queries but here at Quadrant Online one mystery screams for an answer: Where does Tim Flannery find the gall to show his face in public?

Follow this link or the one below to lodge your questions with Tony Jones & Co. We’ll see how many actually make it to air.