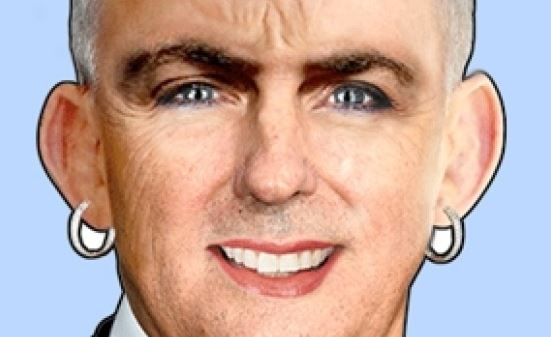 Once, long ago, editors recognised that one of their prime responsibilities was the obligation to crimp the excessive enthusiasms of younger staffers, who can sometimes get carried away and make laughingstocks of storied mastheads. These days? Well, given that the level of ambient intelligence in the editor’s office at both The Age and SMH registers an increase only when the cleaner is passing through, we get things like the illustration above, which was lifted straight off the SMH website.

In case you can’t figure it out  — and if you can’t, apply immediately for a seat on the Fairfax board, where you’ll fit right in — that illustration is a computer-generated facial composite of Malcolm Turnbull, Julie Bishop and Joe Hockey, a creation presented as the ideal Prime Minister.

There are two explanations for this thin joke being published. The first holds that prospective Fairfax editors are given intelligence tests, with only those whose IQs match their shoe size landing the job. The second is that, with Fairfax circling the drain, staffers are preparing samples of their work with a view to scoring gigs at the ABC, where the humour is just as strained and the joke is always on the taxpayer.

Nah, scrub that second option. Even the ABC wouldn’t run with anything quite so lame.

Votes by the Boatload