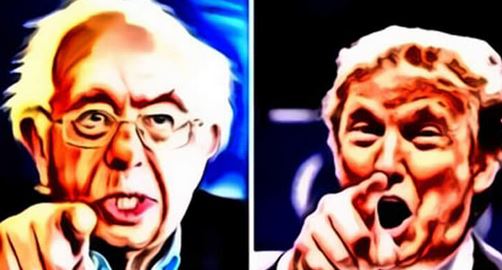 Most days, there is little reason to feel any sympathy for my son, whose birth date on each of his twin passports, American and Australian, testify that he has the bloom of youth about his twentysomething cheeks, stands to enjoy a long, interesting life and, as our latest Prime Minister would put it, is blessed to have come of age in this, the most exciting time to be alive. Being also agile — a gifted short-stop who can pitch a baseball at 90mph — and innovative to boot, especially in winkling money out of his father’s wallet, the fruit of my loins might very well represent the sort of ideal citizen of whom Mr Turnbull dreams after gliding past the Nolans and Drysdales to place his supremely gifted head upon the Lodge’s lovely new pillows.

Just now, after this morning’s telephone conversation, Junior has the benefit of both my sympathy and advice that he stop at the nearest bar and a order something strong and bracing, preferably in double measure. He lives in New York, you see, where unlike Australia the nanny-staters have not yet banned the stiffer-than-average libation. Given the New Hampshire primaries results, Junior might as well enjoy one of the US’s civilised decencies.

“Bernie Sanders and Donald Trump!” he exclaimed, “a fruitcake socialist and a land shark! That’s the best this country can put up for the White House.” Speaking as an Australian, he continued, “Americans are mad as cut snakes.” I reminded him that his mother, a Brooklyn gal, is reasonably sane most of the time, and that he had to take at least some small measure of blame on his own shoulders. Weren’t you telling me only the other week, I reminded him, that Trump’s bull-in-a-china-shop campaign was knocking the Republicans’ moribund leadership for six and that this was a good thing?

Switching to his American persona, he responded that, yes, he had said that, but never expected the property developer “to hit a home run”. Trump would cause a bit of damage — a bit of good, too, if you subscribe to the view that complacency needs to be ruffled from time to time — but then fade away, as tends to be the case with the flash-in-the-pan mavericks of American politics. Ross Perot and John Anderson would be waiting to greet him from atop that pile of ambitious and delusional discards. That was Junior’s theory anyway.

As indicated by the Wall Street Journal‘s running tally of the New Hampshire results, available via the link below, my son’s prognostications were deeply flawed. Trump isn’t fading; far from it.

Come to think of it — and here is an item of parental counsel any young man with a pink and resilient liver can take to heart — he should make that drink a triple. So should 320 million of his countrymen. They’re going to need it.