Ethics and the ABC 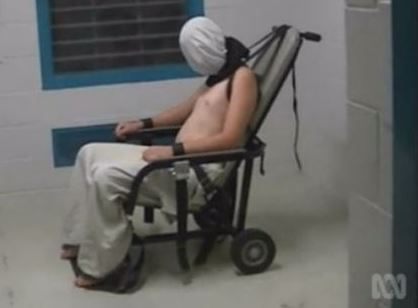 In today’s Australian, former Northern Territory attorney-general and minister for correctional services John Elferink reflects on the ABC beatup by Four Corners that prompted Malcolm Turnbull’s snap decision to initiate a Royal Commission into youth detention– an inquiry that has so far consumed $50 million and prompted not a single case recommended for prosecution (emphasis added):

The ABC says [Turnbull] would not have made his decision based solely on its report. Actually, yes, he did.

During conversations with Four Corners, I sought and repeatedly was given assurances that the highest ethical standards were being applied. In the opinion of other news outlets, trusting the ABC was a rookie mistake. That trust was why it was given the ­extraordinary access.

Those ethical standards can be found in the ABC’s Code of Practice under the heading Impartiality and Diversity of Perspectives. I believe Four Corners failed all five guidelines.

The ABC is a federally funded public service organisation. It withheld information from a Prime Minister and based on partial information the Prime Minister made a call to spend $50m. Since that time, the ABC has declared its footage unavailable; attempted to suppress evidence before a royal commission; and, when asked, has refused to investigate itself. Even an ABC journalist referred to it as a “hatchet job”.

Perhaps worth noting is reporter Caro Meldrum-Hanna’s route from journalism student at the University of Technology Sydney to ABC newsroom and “multiple Walkleys, a Human Rights Commission Media Award and … and the 2017 Logie Award for uncovering the horrific abuse of children in juvenile detention centres in the Northern Territory in her Four Corners story ‘Australia’s Shame’, which prompted a Royal Commission just hours after broadcast.”

Accepting an alumni award earlier this year for her journalistic triumphs, Ms Meldrum-Hanna gushed her gratitude to former UTS journalism head and veteran radical Wendy Bacon, who “set me up with a job at the ABC.” She continued:

“Unfortunately journalists have poor reputations – muckrakers, tricksters, fake news! – but the good ones outweigh the bad. I get my strength from giving a voice to the voiceless, holding power and authorities to account, and making change.

“Journalists can improve or destroy people’s lives. It’s a big responsibility that I take very seriously…”

That bit about journalism improving or destroying people’s lives, John Elferink would likely not demur.

Follow this link or the one below for a video in which Ms Meldrum-Hanna hails that “wonderful, remarkable woman, my lecturer Wendy Bacon”. A little Bacon background here.

The Clintons and Australia’s cash