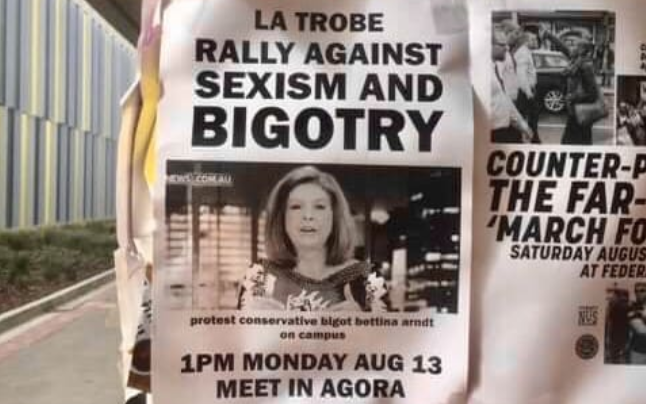 In our June edition, David Furse-Roberts writes of Sir Robert Menzies’ approach to education, observing the goal of our longest-serving prime minister was to see our universities produce “erudite, cultured and well-rounded graduates, with a humane understanding of their obligations.” Oberlin College in the US began with something similar in mind but, like our own institutions of higher learning, has strayed more than somewhat from the vision of liberal education that, in 1835, saw it become the first US college to admit negroes to its Ohio campus.

Recently, as an indication of how far Oberlin has drifted from the principles on which it was founded, a jury ruled the university liable to the tune of $11 million for the vendetta launched by a plague of woke students against a local bakery that had the temerity to charge three black undergrads with shoplifting. Apparently, according to SJW logic, that made the bakery owner a racist, the fact that the light-fingered trio pleaded guilty to theft not being allowed to enter into it. As Law Professor William A. Jacobson puts it at his blog, Legal Insurrection:

The verdict sends a strong message that colleges and universities cannot simply wind up and set loose student social justice warriors and then wash their hands of the consequences. In this case, a wholly innocent 5th-generation bakery was falsely accused of being racist and having a history of racial profiling after stopping three black Oberlin College students from shoplifting. The students eventually pleaded guilty, but not before large protests and boycotts intended to destroy the bakery and defame the owners. The jury appears to have accepted that Oberlin College facilitated the wrongful conduct against the bakery.

That message is poised to become perhaps even more pointed as punitive damages are added, with a total of $33 million seen as a likely total. University administration being these days the domain of slow learners, it might take more such verdicts and penalties before those who should know better actually do.

On this side of the Pacific there are some who might also take note, Sydney University perhaps most of all. Last week, it released the results of an investigation of a “protest” against Bettina Arndt, whose far greater offence than mere shoplifting was an attempt to tell the truth about the confected “rape crisis” on campus. The bid to silence Ms Arndt, who wrote of the incident for Quadrant, was so unruly the riot squad had to be summoned.

The university, as The Australian summarised it, has concluded the outrageous actions of spitting, jostling, howling children were “legitimate expressions” of free speech. True, the report did conclude the actions of a few members of the woke posse warranted disciplinary action, which Ms Arndt took as a measure of vindication.

Perhaps, were the university to report the mantra “Remember Oberlin” thirty million times, that alleged devotion to civil debate and unfettered discourse might be more expansive.