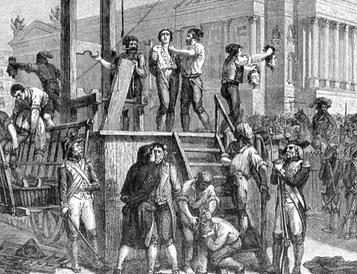 For a mob that preaches amity, peaceful co-existence, mutual respect and tolerance, the Greens seem a remarkably intolerant and fractious lot. Melbourne readers in particular will recall the intramural leaking and back-stabbing that surrounded the candidature of Alex Bhathal in the recent Batman byelection, a very ugly business. To the north, there was the snipe-a-thon that preceded the announcement of Lee Rhiannon’s departure from the Senate. Now this eruption:

A Greens NSW politician who has railed against defamation laws and their effects on free speech is suing multiple members of his own party – including demands for a $75,000 payout – after being publicly accused of sexually assaulting a young Greens staffer.

But one of the people NSW Upper House MLA Jeremy Buckingham is threatening with a defamation suit – Greens candidate for the inner-Sydney seat of Summer Hill, Tom Raue – is hitting back, taking to social media this morning to post details of the legal threats.

While the Greens profess to spurn the old ways of doing things, it appears they are conservative traditionalists of the first order. After all, the Left has been eating its own at least since French revolutionaries turned from lopping aristos heads to removing those of former comrades at the barricades.  Edmund Burke would not have been surprised by such feuding:

It is thus with all those who, attending only to the shell and husk of history, think they are waging war with intolerance, pride, and cruelty, whilst, under color of abhorring the ill principles of antiquated parties, they are authorizing and feeding the same odious vices in different factions, and perhaps in worse.

For a Left insider’s reporting on the Greens latest civil war, follow this link or the one below to New Matilda.