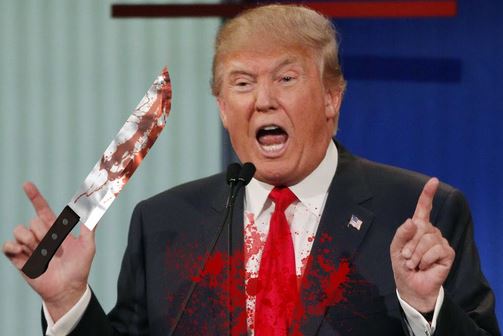 Is there no end to the US President’s evil, as perceived by Guardian writers? Deep-thinker Christina Patterson  explains:

In her diary, on 9 November last year, my mother used capital letters for the first time. “DONALD TRUMP WON!” she wrote. When I next spoke to her, she was in a hospital bed. She had, she said, been in such a state of shock that she had lost her balance and tripped on the last stair. It was hours before she could crawl to the phone and call an ambulance. She had, it turned out, smashed her left hip. The next few weeks were terrible. My diary entry for 14 December is brief: “Mum died.”

As it is no longer socially acceptable to visit asylums for a good laugh at the lunatics, those who might still enjoy the spectacle of the feeble-minded soiling themselves with paroxysms of loathing and paranoia can follow the link below. The more charitable will give Ms Patterson a wide berth.