‘Dob in a denier’ 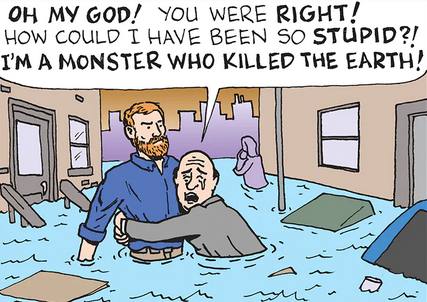 Yesterday, Essential Reading highlighted Southern Cross University’s attitude to climate sceptics, which basically amounts to a two-word, er, argument: shut up! This was unfair because, when it comes to discussing why global temperatures have flat-lined for 20 years, why we’re about to see summer blackouts, why small businesses are scourged by soaring power bills and why “eco-friendly” wind turbines are mincing birds and bats by their thousands, Southern Cross has plenty of company.

The announcement of policy reproduced below was posted yesterday at The Conversation by editor Misha Ketchell, who learned everything your modern journalist needs to know about balance and fairness during stints at those paragons, Media Watch and Crikey!

And remember, The Conversation is a website supported by Australia’s universities, places where the free and frank exchange of ideas was once the norm. Not anymore.

At The Conversation Australia we’ve recently vowed to improve our climate change coverage, and part of that means moderating comments with a similar degree of rigour.

Once upon a time, we might have viewed climate sceptics as merely frustrating. We relied on other commenters and authors to rebut sceptics and deniers, which often lead to endless back and forth.

But it’s 2019, and now we know better. Climate change deniers, and those shamelessly peddling pseudoscience and misinformation, are perpetuating ideas that will ultimately destroy the planet. As a publisher, giving them a voice on our site contributes to a stalled public discourse.

That’s why the editorial team in Australia is implementing a zero-tolerance approach to moderating climate change deniers, and sceptics. Not only will we be removing their comments, we’ll be locking their accounts.

We believe conversations are integral to sharing knowledge, but those who are fixated on dodgy ideas in the face of decades of peer-reviewed science are nothing but dangerous.

It is counter productive to present the evidence and then immediately undermine it by giving space to trolls. The hopeless debates between those with evidence and those who fabricate simply stalls action.

As a reader, author or commenter, we need your help. If you see something that is misinformation, please don’t engage, simply report it. Do this by clicking the report button below a comment.

We know you want to have constructive positive discussions, so please don’t engage with the climate change deniers. Dob them in and help us create a space where they don’t derail the conversation.