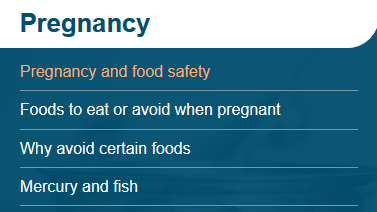 The NSW government has a tidy and useful website urging mothers-to-be to eat well and take care of, as the introduction puts it, “your baby”.

The best way to meet you and your baby’s nutritional needs is to eat a wide variety of nutritious foods and be as healthy as possible as early as possible.

Given this official concern for pre-natal welfare, this SMH report is something of a head-scratcher (emphasis added):

…NSW police investigators sought advice about whether they could take legal action against Mr Moananu over the deaths of the two unborn babies.

Last year, upper house MP Fred Nile tried again to push through a controversial bill – known as Zoe’s Law – to criminalise harming or killing a foetus, but failed. The bill sought to amend the Crimes Act to make it a crime to harm or destroy a child in utero.

Opponents argue such a legal move, though, could restrict women’s abortion rights.

Ms Berejiklian said while it was a complicated area of law, she wanted to “leave the door open“.

The thing about open doors is how easy they make it to discern what’s behind them. In this case it looks a lot like a craven, feckless and politically convenient retreat from consistency.

For more on the thwarted Zoe’s Law follow this link or the one below.