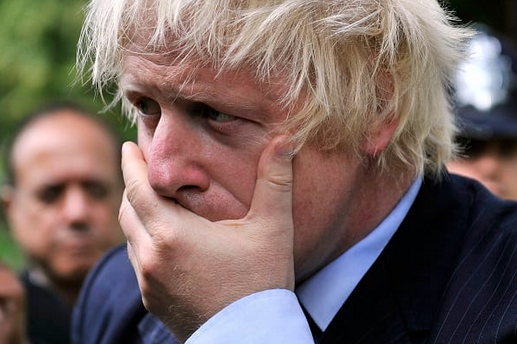 As many have pointed out, for all his drive, intelligence and sense of fun, Boris Johnson has shown himself to be a poor manager and, most important, without settled principles and careless with the truth. The Chinese sage Confucius would argue that he does not meet the standards required of a gentleman and, therefore, lacks the necessary moral qualities to be the ruler of a nation.

In an article for the March 1995 edition of Quadrant entitled, An Introduction to Confucius, the late Pierre Ryckmans, who translated the Analects of Confucius into both French and English, noted the idea of a “gentleman” or junzi, as being Confucius’s ideal man.

Originally it meant an aristocrat, a member of the social elite; one did not become a gentleman, one could only be born a gentleman.  For Confucius, on the contrary, the “gentleman” is a member of a moral elite.  It is an ethical quality, achieved by the practice of virtue, and secured through education.  Every man should strive for it, even though few may reach it.  An aristocrat who is immoral and uneducated (the two notions of morality and education are synonymous) is not a gentleman, whereas any commoner can achieve the status of gentleman, if he proves morally qualified.  As only gentleman are fit to rule, political authority should be devolved purely on the criteria of moral quality and intellectual competence.  Therefore, in a proper state of affairs, neither birth nor money should secure power.  Political authority should pertain exclusively to those who can demonstrate moral and intellectual qualifications.

Ryckmans noted that Confucius’s true vocation was politics, for which he believed he had a mission from heaven.

The eremitic life may be tempting for a Sage; but since we are not birds nor beasts, we cannot escape among them.  We must associate with our fellow men.  And when the world loses the Way, the Sage has a moral duty to reform society and to set it back on track.

Politics is an extension of ethics. “Government is synonymous with righteousness.  If the King is righteous, how could anyone dare to be crooked?”  The government is of men, not of laws (to this day, this remains the most dangerous flaw in the Chinese political tradition).  Confucius had a deep distrust of laws:  Laws invite people to be tricky, and bring out the worst in them.  A King who must rely on laws and on coercion is morally deficient.  A King leads by his moral power; if he cannot maintain a moral example (if he cannot maintain rituals and music, the hallmark of civilisation) he forfeits the loyalty of his ministers and the trust of the people.  The ultimate asset of the state is the trust of the people in their rulers; If that trust is lost, the country is doomed.

That’s the challenge for Britain.  Who should now be their new leader?

The curse of soccer