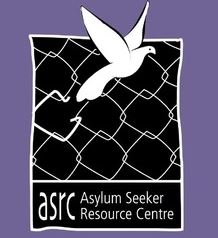 It is an understandable misconception: those most ardent in support of what amounts to an open-borders immigration policy are sustained chiefly by a conspicuous devotion to the cause of human rights, opposition to racist intolerance etc etc etc etc

Well, according to The Age, which in this instance can probably be believed, the currency of compassion is denominated with plenty of zeroes. In the newspaper’s report on the ructions and resignations roiling the Asylum Seeker Resource Centre (ASRC), there is this:

According to its most recent annual report, it employs 65 full-time staff and has an army of about 1200 volunteers.

Financial records show it nearly tripled its income in four years to almost $6.8 million a year.

The Age‘s report, which rather suggests the ASRC could do with a dose of the amity, compassion and understanding it urges on others, can be read in full via the link below.