Climate science at the MCG 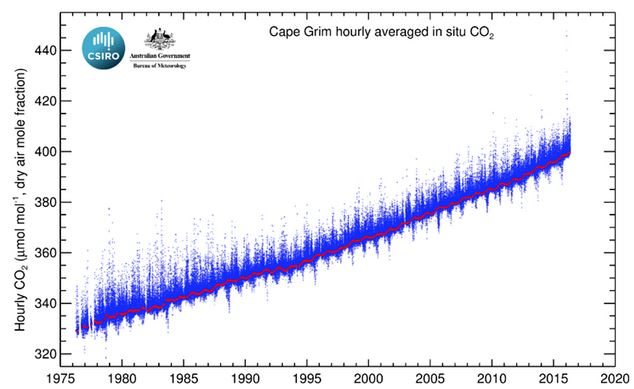 Come the last Saturday in September, 100,000 people will pack the Melbourne Cricket Ground to take in the AFL Grand Final. Actually, it will be only 95,0000 and the big game won’t be played until October 3, but as this post concerns another milestone in what warmist mouthpieces are proclaiming the latest giant leap toward planetary destruction let us “adjust and homogenise” the numbers, as climate scientists do, in order to make them more impressive and, if you are an unquestioning journalist, persuasive beyond the shadow of a non-existent doubt.

The other reason for using the 100,000 figure is that it is one-tenth of a million, which makes the mathematics easy when drawing an illustrative comparison between the observable, easily grasped nature and texture of a large crowd and the feared 400 parts per million of atmospheric CO2. According to Fairfax’s Peter Hannam — not, apparently, one of the 30 staffers his employer yesterday chose to jettison, which perhaps explains a lot about FXJ’s dire straits — this is momentous news.

The aptly named [Tasmanian] Cape Grim monitoring site jointly run by CSIRO and the Bureau of Meteorology will witness the first baseline reading of 400 parts per million (ppm) of carbon dioxide in the atmosphere, researchers predict.

Shocking stuff! Until, that is,  you scale down the numbers to MCG proportions and apply a little imagination.

Picture it this way: Of the 100,000 spectators who will this year watch the Western Bulldogs beat some lesser team to take the 2016 flag, imagine that 40 are wearing the inert colours of teams other than those competing on the field. Forty years ago, according to a chart Hannam helpfully provides and which is reproduced above,  the number of spectators sporting beside-the-point team colours would have been 34. For the numerically challenged and Fairfax climate correspondents, that is a difference of just six discordant beanies and scarves.

Now picture yourself atop the Southern Stand and gazing o’er the Grand Final crowd. Do you notice a different complexion to the assembly, any change in the crowd’s behaviour and dynamics? If you are Hannam or one of the climate careerists whose stenography he takes, the expectation must surely be that everything will change and for the worst. Thanks to those six additional souls, sales of sushi will suddenly eclipse the concession-holders’ trade in pies and Chico rolls, chardonnay consumption will outstrip that of beer, and the toilets at half time will unleash a tide of acidified urine that floods the playing surface and inundates ground-level seating all the way to Row W (for warming).

Fortunately, there are no grants nor lucrative careers to be had in warning of the dire consequences should six extra people wear the wrong team colours to the MCG. But if there were, rest assured the likes of Hannam would have their pens out in a flash to report the latest insights of the “settled science”.

Hannam’s report is available via the link below. As The Age and SMH will not be with us for much longer, it might be worth a visit to see why.