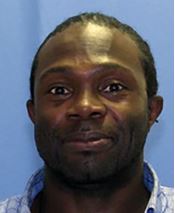 In the Age and Sydney Morning Herald today, remaining readers of those publications will have preconceptions further confirmed that Donald Trump is a Hitlerian svengali whose election has invited the brown-shirted “far right” to goose-step through the corridors of power. The report, picked up from the Washington Post, begins by noting that “a small but determined” band of neo-Nazis in Michigan has stopped flaunting swastikas in an effort to go “more mainstream”. This in turn prompts a journalistic round-up of the Left’s handy and standard boogeymen — the Klan, David Duke, backwoods militias and, if you can believe it, people who wear their hair “in an undercut style once popular among the Hitler Youth”.

Nazi haircuts! What more proof could anyone demand?

Need it be said that the story is piffle, that it is part of an emerging narrative intent on framing the next four years as a period that will see the politically correct tirelessly encouraged to denounce tax cuts and any easing of the regulatory straitjacket as the moral equivalents of invading Poland? You would need to be supremely dim to give such a slur any credence, which explains why Fairfax editors published it.

Trouble is, the jackbooted legions whose hatred is said be soiling America’s fruited plain are an uncooperative lot, as Fairfax US correspondent Paul McGeough will have to admit if he ever gets around to correcting a pre-election report that appeared beneath his byline on November 3. The multi-Walkley winner informed his readers:

“Vote Trump” was spray-painted on the ruins of Hopewell Missionary Baptist Church in Greenville, 160 kilometres north-west of Jackson, overnight on Tuesday. Local fire chief Ruben Brown said the church was badly damaged but no injuries have been reported.

Coinciding with the Ku Klux Klan’s endorsement of Donald Trump in a campaign that has become overtly racist, the attack kindles fears of a return to the 1960s civil rights unrest, when southern black churches were often torched or bombed by white supremacists.

It’s a minor quibble that McGeough preferred to generalise about “white supremacists”, rather than identify the church-burners of long ago for the segregationist Southern Democrats they really were. So let that omission pass and focus instead on the real problem with his bid to tie Trump to the Klan: it wasn’t white men in pointy hoods who burnt that Mississippi church. According to the state police, it was a black congregant — that’s his mugshot atop this post — who set the fire, presumably in hope of prompting some pro-Clinton votes and publicity.

Mississippi Department of Public Safety spokesman Warren Strain says Andrew McClinton of Leland, Mississippi, who is African-American, is charged with first-degree arson of a place of worship.

It would be nice to think McGeough’s editors will publish a retraction, that they are keen to set the record straight. And while they’re at it, they might take a close look at another of his dispatches which alleged a wave of attacks by racists celebrating Trump’s victory. Yes, there have been many reports of Trump-inspired racist assaults — and it seems, as even the Washington Post concedes, more than a few were false-flag hoaxes.

But this is Fairfax we are talking about, so don’t hold your breath. The failing publisher’s latest beat-up can be read via the link below.

They don’t wear berets either