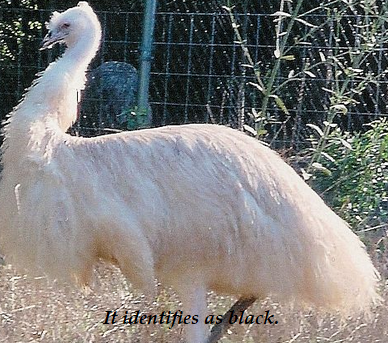 I have not bought heavily into the controversy about Bruce Pascoe’s Aboriginality because I am much more concerned with his fake history in Dark Emu.  The book should stand on its own merits (lack of merit, actually), regardless of whether its author is white, black or green with purple spots.

However, had Pascoe never claimed to be Aboriginal it is doubtful the book would have enjoyed anything like the success it has.  There are many white authors and academics sympathetic to Aboriginal aspirations and mythology who are much better credentialled than Pascoe but whose work languishes on the bookshelves of state and university libraries.  So I have to acknowledge that Pascoe’s false claims to Aboriginality are germane to my efforts to reveal Dark Emu‘s egregious misquotation of explorers’ journals and misrepresentations of the past.

Recently I came across an article in The Age.  Here is an extract (my emphasis):

For many Australians, chronicling their ancestry can be a fraught affair. A nation woven together by myriad journeys of migration, nationalities and ethnic groupings, even those of similar heritage may identify themselves in disparate ways based on ancestral knowledge or personal preference. Having to prove one’s claim to ancestry is not the norm….

… From his telling, Professor Pascoe’s path to claiming Indigenous ancestry was a long one.  He recounts being told by a neighbour at an early age that she knew his Aboriginal family, while children at school called him a “n—–“, despite having red hair and pale skin. His uncle later introduced him to Indigenous cousins, but Professor Pascoe admits it was not until his own child started questioning him that he began to delve deeply into his past. During that time, Indigenous families contacted him to claim Professor Pascoe as having blood ties with them.

He says he feels “obliged” to identify himself as Aboriginal after his experience with Indigenous people who helped unravel his ancestry.

“What do you do, [say] ‘thank you for introducing me to your family, see you later? You can’t.”

‘Even if you don’t think I’m Aboriginal,’ he is saying, ‘I have no choice in the matter. Suck it up, whitey.’