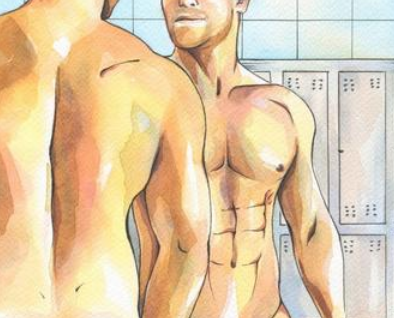 Was it only nine years ago that the Western Bulldogs’ Jason Akermanis explained how his fellow AFL players felt about showering with openly gay teammates:

I have played with a gay player in the twos for Mayne in Queensland in the mid-1990s who was happy to admit his sexual persuasion. He was a great guy who played his heart out and was respected by everyone in the team.

The only time I noticed a difference was when I was showering with 10 other players after a good win and I turned around to see all 10 heading out in a second with their towels. Sure enough, our gay teammate had wandered in.

For some reason I felt uncomfortable … What I should have done was to sit down and talk with him in an attempt to understand his life.

Well here we are, not many years later, and according to The Australian‘s Wayne Smith, rugby great Israel Folau will never again be welcome to take part in post-game group ablutions or any other team activity. This, writes Smith, will be the case regardless of the Code of Conduct hearing:

It is not pure bastardry at work when Rugby Australia says that, win or lose at the Code of Conduct tribunal, it will ensure Israel Folau never plays again for the Wallabies.

It’s a matter of necessity.

It has become apparent that a number of Wallabies — how many precisely no one is sure — could make themselves unavailable for selection if Folau somehow comes through this weekend’s Code of Conduct tribunal with his contract intact.

Pass the soap, not the Bible.

The piffle in Parkville