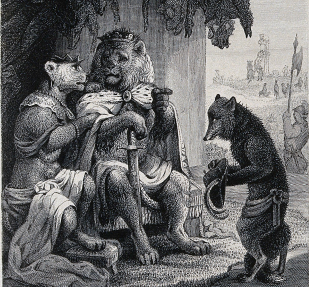 There are many misconceptions about the Left, whose louder advocates can strike those not of their tribe as being possessed by a hectoring absolutism. Don’t agree with what they say? You’re worse than wrong, you’re evil! That’s apt to be the take-home impression of any conservative who has survived a Northcote barbecue or Newtown soiree, but the fact of the matter is that it isn’t always true. Sometimes our Left-inclined fellow citizens can be the very essence of conciliation, good manners and empathy, extending much love and respect to those on the other side of politics.

This happens whenever they lose an election, as TV personality Lisa Wilkinson has just demonstrated. No sooner had it become apparent Labor couldn’t win on May 18 than she was pouring her broken, gentle heart into an open letter to once and future PM Scott Morrison.

“It might be good to start with some healing,” she begins, observing that “we” are all feeling “just a little broken right now”. We? According to the Australian Electoral Commission, some 52 per cent of the voting population has been pretty chipper for the past two days or so. Ms Wilkinson continues:

… broken-hearted in fact, at how toxic the Australian body politic has become — and a return to basic civility in public discourse would be a great start to that healing.

What follows is a laundry list of issues and obsessions parties on the port side of politics put to the electorate as in dire need of fixing: climate doom, gender pay gaps, oppressed indigenes, homeless street-sleepers, suicidal teens, domestic violence, childcare. Islamophobia fails to crack a mention, but Ms Wilkinson’s good manners no doubt decreed that topic be left to Channel 10 stablemate Waleed Aly.

In order to achieve that “healing” for which Ms Wilkinson has been yearning since Saturday night, all the Morrison government need do is implement the very same slate of Left policies which the electorate rejected. Funny how that works.

Less amusing is the Left’s rather more insistent attitude when their side wins, as might be recalled by those who heard ALPBC  radio compere Jon Faine’s on-air quizzing of the Herald Sun‘s editor after Labor’s 2007 victory. No yearning for “healing” back then; rather, the need was for “cleansing” News Corp’s cadre of columnists of those who don’t see the world as it appears from Ultimo and Southbank (emphasis added).

“I’m going to talk in particular about columnists … and … you have some notorious ones of your own.

“It kind of represents the thinking that’s out of step with the result of the election … You’re not going through a cleansing process?“

The lesson: if conservatives wish to encourage civility in progressives, they need to thrash them and then thrash them again. After this latest Coalition victory, history suggests at least some will eschew abusing and maligning their ideological foes until, well, Thursday or so.