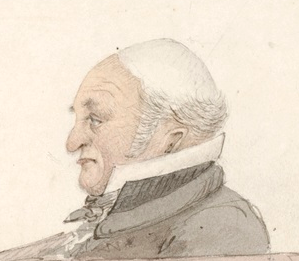 Few followers of the Australian arts scene spare much of a thought for Michael Massey Robinson (above), our very first publicly funded artist, who was awarded two cows in 1819 for producing the first poetry known to have been published in Australia, a name his versifying also popularised. A convicted blackmailer, Robinson set the precedent for later arts funding by not being very good at his avocation. Here’s a sample:

Darkness and silence reign’d around,
When lo! the church-bell gave a sound,
Such as chill terror brings,
When some pale spirit, long since fled,
Haunts the black caverns of the dead,
To tell of – WICKED THINGS!

Still, as Australia Council mates get their latest grants, Robinson remains to remind us how things were done back then and might better be done today if grants were to be doled out in the currency of cows and sheep, rather than other people’s money.

Take All the Queens Men, for instance, the two-person creative team based in Melbourne’s western suburbs electorate of Gellibrand and which has just been gifted $26,000 to pursue its muse. And what form of artistic expression, taxpayers might ask, do the Queens Men favour when the spirit is upon them?

Well, one of the duo’s recent aesthetic endeavours was a ball for gay geriatrics, a social function funded by the various arts bodies and general supporters listed  in the screen grab below.

Poor Michael Massey Robinson, a man born before his time. Had he lived today and married his schlock stanzas to, say, a celebration of alternate sexualities, it’s a certain proposition there he’d have four fresh beasts, not two, in his back paddock. They would also have made splendidly transgressive table settings at the Convicts and Cabin Boys soiree, which then-Governor Lachlan Macquarie most likely wouldn’t have funded. What a heteronormative philistine he must have been!

For more on Gellibrand’s vibrant grant-fed aesthetes, see Quadrant Online’s celebration of the publicly supported artist who made her reputation by turning excrement — her own excrement, with explicit videos to prove its provenance — into display pieces. That article can be read via this link or the one below.

Defending the right to be silenced