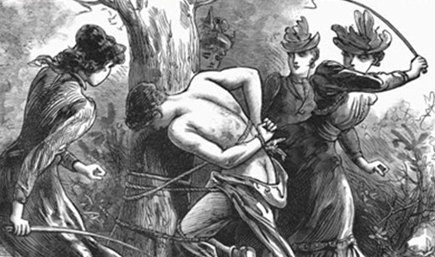 Prime Minister Scott Morrison seems a jolly sort of chap, always ready with a smile when cameras are handy but on any normal day not likely to find much mirth in the pages of The Age and SMH. As an adult, he would likely lament that a pair of once-left-but-sane mastheads have populated their newsrooms with children seemingly determined to relive the salad days of student life by re-packaging the issues and fixations that fill the pages of Lot’s Wife and Honi Soit. Today, however, a report by Judith Ireland on Labor’s restive sisterhood must have prompted a prime ministerial grin that would put a Cheshire cat to shame.

A Labor-aligned women’s group has slammed the ‘lack of diversity’ among leadership positions in the party’s head office, saying “homogenous groupthink” from “Anglo men” meant Labor failed to sell its female-friendly policies to voters at the May federal election.

As an internal review into Labor’s doomed election campaign nears completion, EMILY’s List denounced it as ‘ineffective’ and damaged by ‘missed opportunities’, while arguing for more diversity in the party’s organisational structure…

…’White, Anglo men are not the only sources of knowledge in the party of campaign expertise,’ it said in a submission to the Labor Party’s 2019 federal election review.

It’s easy to picture Mr Morrison slapping his thigh with glee, perhaps even tossing a masculinst baseball cap into the air, at the thought of Labor rejecting all those homogenously groupthinking Anglo men — and then trying to sell that brand of ethnic-specific misandry to the electorate. Why, he must be so tickled that a donation to support Emily’s List and its further agitations could well be in the mail.

‘Indigenous knowledge’,
how it blossoms

Swept under the polar bear rug