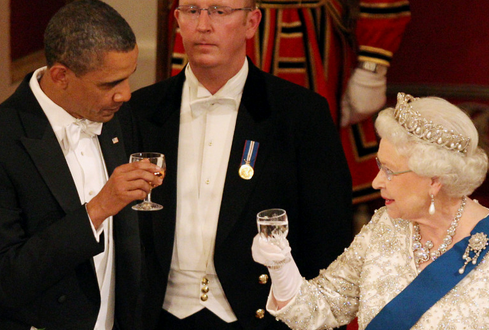 Americans had their fill of England and kings by 1776 and, after a bit of fuss and gun smoke, declared a republic and were done with monarchy once and for all. As Philip Terzian notes while reflecting on the passing of Queen Elizabeth, that has not been an unqualified success:

Whenever the queen, or some member of the royal family, would visit these shores, exasperated citizens would reliably remind us that we once fought a war of independence from Great Britain and from monarchy itself. Which, of course, is perfectly and thankfully true. Yet it’s equally true that our declaration of independence from England was written in England’s language, that our own Constitution derives from the cumulative laws and customs of what used to be called the mother country — and not least, in recent times, that we have fought side by side with the ex-colonial power in defense of those rights and freedoms we both cherish.

The essential difference, however, is that in rejecting British rule, our republican system of checks and balances also jettisoned the principle of constitutional monarchy, which, while scarcely an error and consistent with our particular brand of self-government, has bequeathed to us a system that, while gloriously democratic, has not always proved so checked and balanced in the 2½ centuries since 1776.