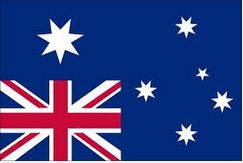 Diversity brings us together, don’t you know. From the outskirts of Melbourne, the local Cranbourne Star News reports:

A CRANBOURNE primary school raised eyebrows during an assembly last week when its Islamic students were given the choice of leaving the room to avoid singing the Australian National Anthem….

….But despite concern from parents, the principal of Cranbourne Carlisle Primary has strongly defended the school’s decision to allow its Islamic students to leave the Year 2-6 assembly, citing a religious month of mourning.

Lorraine McCurdy, whose grandchildren go to Cranbourne Carlisle Primary, contacted Star News after attending the school’s assembly last week and being concerned by the staff’s decision to give Islamic students the option to not sing the national anthem.

Ms McCurdy said she attended the assembly every week and had never seen this before.
“We were first welcomed to the assembly by two Grade 2 students, then as we were about to stand up for the national anthem, a teacher stepped in front of the school and asked that any student for whom this was against their culture to leave the hall and join a teacher waiting for them outside the hall,” she said.
“About 30-40 children left, all of Middle Eastern appearance.

“When we had finished singing the National Anthem, they all reappeared into the hall and sat with their classmates.