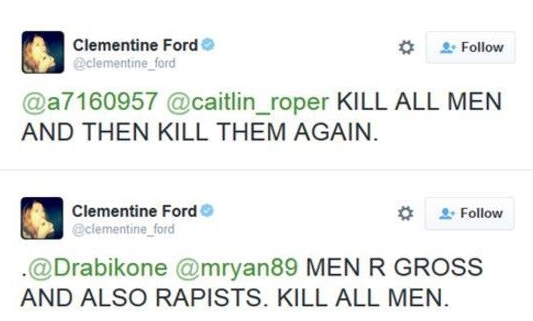 Via Twitter, Bettina Arndt directs her followers to an essay that explains why, in this age of absolute female emancipation, media outfits persist in painting women as victims of the patriarchy. A sample:

MSM will publish any material which teaches women they are victims and suffer oppression. Certain women read this material voceriferously and become hopelessly addicted to it, as it helps them feel they are not responsible (in their own mind) for their weight problem, or following a gender studies course rather than an engineering one, or some other such insecurity and poor decision/attitude in life.

The MSM is ruthlessly exploiting and misleading these women into thinking they have somehow been disempowered or oppressed. The method of choice to do this most effectively, is to embrace Feminism. For those who care to read about these things, Feminism is a movement whose stated goals and actual goals are very different. Gender equality is the stated goal, whereas female privilege and misandry is the actual goal. The media gets a steady stream of “evil men” stories which many women love to read, and “poor female victim” stories, which again women love to read. A two-pronged attack which is incredibly effective at manipulating women into feeling victimised and/or not responsible for their own mistakes in life – and eventually parting with cash.

A knock-on effect, is that these women who are effectively addicted to victim status and being disempowered, need their next fix of “confirmation bias” from the media. It is truly an addiction.

Meanwhile, as the article notes, women spend much more than men and are therefore the natural targets of media keen to attract them and the advertisers who want their dollars.

This perhaps explains why Gillette is giving men the rounds of the kitchen and, closer to home, why the former Fairfax comics overcome any embarrassment sane editorial executives (allowing such specimens actually exist) must surely feel at allowing their publications to serve as pulpits for the ever-abrasive inanity of Age and SMH columnist Clementine Ford.

The essay can be read in full here. It explains an awful lot.

A culture war not fought