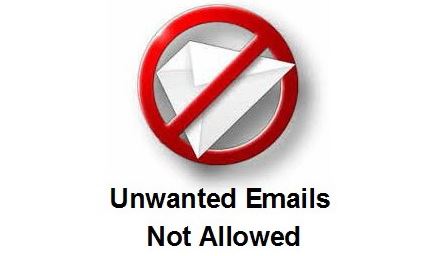 The Select Committee on Wind Turbines, whose report has just been released, received hundreds of submissions — including this note from opponent Annie Gardner of Victoria. It might help to explain why, while alternate energy systems and advocates get a rails run with the national broadcaster, critics are seldom heard. Or read, for that matter:

Dear Senators,
I am writing with information which really slipped my mind, whilst putting together my submission for the Senate Inquiry over previous months. However, an incident last week reminded me of the serious nature of the fact that the ABC has put a blanket ban on ALL emails from me. I’m not sure of what date this took place, though I could, if necessary, search back through email correspondence and find the date when this first was put in place.

I have a list of around 20 ABC journalists on my health complaint email list, so for quite some time, copies of all our complaints have been sent to these addressees, as the ABC continues to  show this organisation is particularly biased, and ignorant of all facts relating to the impact, health or otherwise of wind farms.  We thought it wise to attempt to put a balance with a little education of particular ABC journalists.

I recall this ban was placed around the time earlier this year when Annabel Crabb, on Robyn Williams’ Science Show, called all those complaining of health impacts from wind farms “DICK BRAINS”, which we found particularly offensive, particularly coming from a very high profile name within “Your ABC”.  I wrote to  her informing her that we are actually quite intelligent people in rural Australia, and invited her to come and stay with us, to see for herself what really goes on down here.

Of course I didn’t receive a reply and wrote again requesting the courtesy of a reply, which was not ever forthcoming ……   No doubt this triggered the automatic block on all my emails to the ABC.

I’ve been forced  to accept this ban, as my requests to Dan Tehan, our member for Wannon, who wrote to Malcolm Turnbull were fruitless, informing me nothing could be done .  Still, each time I forward complaints to my large complaint email list, the emails to those ABC journalists, bounce back with “System Failure – undeliverable”, listing all those names in the ABC on my list. This has happened several times a week for the last few months.

However, last Friday, I was to be interviewed by the ABC Drive Program, produced from Ballarat.  After a phone call, speaking to producer Joseph Dunstan, I decided to email some information as background, prior to the interview. This email bounced straight back, to my horror.

I found this most frustrating, to say the least, as the presenter interviewing me had absolutely no idea about this subject, and didn’t even know there was a Senate Inquiry into wind turbines underway at present. Joseph Dunstan is one of the ABC journalists on my ‘complaint list’, and of course I then realised “there’s a ban on all my emails – how stupid of me to forget this and attempt to contact the ABC before the interview” !!!!

This morning I decided to experiment and remembered an ABC journalist who interviewed the residents here at Macarthur many years ago, before she was transferred to Darwin and is now in Canberra.  I decided to email her just to say hello, as she was such a lovely girl and we’d love to see her again.

BUT my email bounced straight back, with the same message “System Failure – undeliverable”. So this proves that ALL emails of mine to anybody within the ABC are blocked, so I am literally banned from contacting the ABC electronically.

Senators, as far as I’m concerned this amounts to censorship and is an absolute disgrace! The ABC we know are particularly biased, leaning very strongly towards wind farms, but it’s just not right that they can see fit to block all emails from somebody impacted by such.  They are blocking out something they just don’t want to hear about ….

UPDATE: An ABC spokesman says the complaint is being investigated.

All submissions — pro and con alike — can be downloaded via the link below.