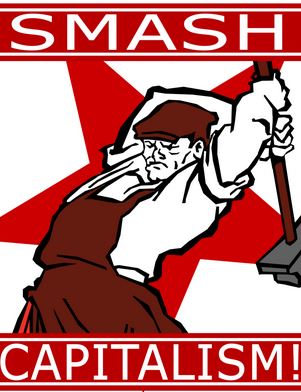 Behind The Australian‘s paywall, Chris Kenny notes how the ABC cruels the commercial prospects of any private-enterprise outfit looking to turn a profit from journalism and broadcasting:

Through the agency of Australia’s ubiquitous and abundantly funded public broadcasters, the Left has finally found its cause — its raison d’etre. It is to defeat capitalism … The pattern is obvious. When online media start-ups looked like turning a dollar and employing people, the ABC swooped. Crikey had found a niche market spruiking political gossip and undergraduate political commentary and the public broadcaster decided it could use your money to play at the same game; so off it went with The Drum and a host of other ventures …

… Then after Sky News (yes, I work for them too) did the hard yards of proving the viability of 24/7 television news the ABC decided that was another niche it could slide into on taxpayers’ dosh. Rock ’n’ roll radio, country music, even retro rock — wherever there was a media market the digitally-enhanced ABC has been able to turn up, spending every dollar of its billion-dollar-plus budget.

The ABC is the largest media operation in Australia. It shouldn’t be.

If you have paid for access, Kenny’s column can be read in full via the link below.

A day that lives in infamy

Rotting from the head