A ‘strine note
in Beijing’s choir 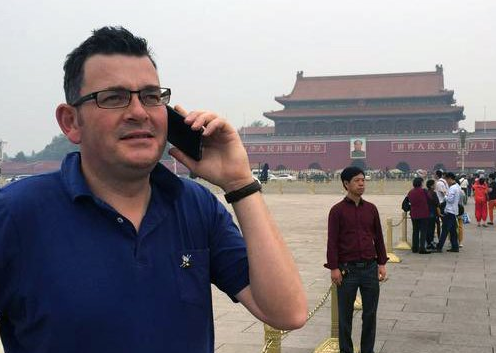 The COVID-19 pandemic has disrupted many things, but not the global distribution of evasive talking points. Here, for example, is China’s ambassador to Canada, Cong Peiwu, responding to a question about the Middle Kingdom’s willingness or otherwise to take part in the investigation of the Wuhan Flu’s origins, the probe PM Scott Morrison and other world leaders have demanded.

“I think for this type of review should be inclusive in nature. It should address the total [global] response to the COVID-19 and fast!”

It might just be a coincidence but Victoria’s premier, Daniel Andrews, could almost have been reading from the same script when quizzed this morning (May 18) by the ABC’s Virginia Trioli. As with China’s man in Ottawa, Andrews ducked any mention of the question’s key word, “origin”, calling instead for a global survey of how individual nations have responded to the pandemic.

In case Trioli hadn’t quite grasped that determining how the virus came to be is of not the slightest interest to Victoria’s leader, the Premier then stressed how vital are Victoria’s ties to China before repeating himself on the need to have a long, hard look, not at where the virus came from, but what has been done to counter it:

“Let’s a have a review across the whole world. “

When Victoria became the only Australian state to sign up for Beijing’s Belt and Road initiative, Premier Andrews at first refused to reveal the terms of the agreement he had made on behalf of the citizens who elected him. After much prodding the document was released and can be read in full here, courtesy of the ABC.  Do make a note of Article III (V):

Both parties will review periodically the progress of cooperation under the Memorandum of Understanding through diverse forms of communication as necessity arises ar various working levels, such as exchanges of visits, video conferences, correspondence, etc