$mack ’em, Steve, where it hurts 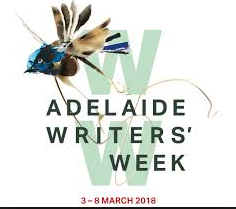 South Australia’s new premier, Liberal Steven Marshall, will have his hands full settling in and, if he is smart, identifying the Labor and Greens stay-behind operatives in the public service who will need to be shown the door. No doubt, too, he recognises no mere re-routing of the Torrens can clean the Augean stable so thickly crusted with the barnyard fruits of Labor’s 16 years of folly and mismanagement. Still, amidst those challenges, he would be well advised to look both back and to the east, where Victoria provides a sobering example of what happens to Liberals who, yearning to be loved,  make nice with their sworn enemies.

Like Marshall, Ted Baillieu scraped into office, then set out to prove he was one of those “nice” conservatives hostesses on the Left can invite to dinner without fear of hearing something appalling — for example,  that the state’s arts grants sustain and nourish to the exclusion of all others the Left’s court artists, writers, polemicists and, to be blunt, big-noting non-entities whose achievements are only so tall as the grants they stand upon. Rather than the Baillieu mob’s failure to install conservative judges and magistrates or its broken promise to neuter the anti-discrimination fussbudgets in the state’s human rights machine, it is luvviedom that should today be focusing his thoughts. As The Australian reports,

Alas, Mr Marshall’s response has come straight from the Baillieu playbook. Also from The Australian:

“I’ve never met Jo Dyer,” Mr Marshall said. “I’ve got far, far, far more important things to get on with in this state at the moment than worry about what Jo Dyer thinks about the Liberal Party.”

Actually, Premier Marshall, that’s not true. While you continue to fund the artsy Left, it will use such largesse to promote and import voices that will decry you, your government and the conservative principles the voters who installed you have a reasonable expectation to see implemented. Ted Baillieu also broke bread with the taxpayer subsidised Left at his Premier’s Literary Awards. The abuse, the panel stacking, the festival invitations to Left writers, and only Left writers, resumed from the second he wiped the crumbs of dessert from his say-nothing-nasty lips.

Ted Baillieu lasted less than a full term and his government, under replacement premier Denis Napthine, was swept away at the next election. Labor or Liberal, the voters couldn’t discern any worthwhile difference.

A pledge to reform arts funding, to make sure Writers Week for starters is something rather more inclusive than a leftoid cubbyhouse, would signal a serious intent not to be bullied, not to be slurred, not to be misrepresented and, most of all, a stern resolve not to promote one’s enemies while spurning friends.

To see the guests at Ms Dyer’s most recent Writers Week, follow this link or the one below. If you can spot more than one or two of nominally conservative disposition, know that you have probably made a mistake.

Journalism? Gone with the wind