Back to skool with Julia & Kevin

Playing its part in the taxpayer-funded Digital Education Revolution, the Perth public high school where I teach last year provided all year nine and ten students with laptop computers.

One would assume that the distribution of a few hundred computers – implemented by experienced, university educated, merit-select professionals running a school so well managed that it was selected for Independent Public School status in 2012 – would come off with maybe a hitch or two but overall run quite smoothly. One would be wrong, of course: the scheme was a fiasco from the outset.

Management’s wishful thinking is the hallmark of the scheme: that students know how to use and will look after their on-loan $1,000 high-tech devices; that the ergonomic deficiencies of laptops will not cause physical problems; 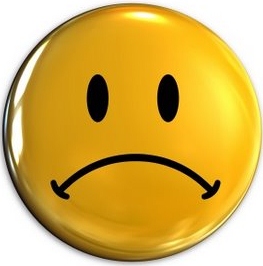 that untrained teachers will know how to integrate computers into their daily lessons; and that the machines will have a multiyear lifespan.

Lacking lockers for stowage of gear, students are obliged to lug their computers to and from home, and from class to class for the whole day. To protect their computers students are contractually obliged to use the transparent plastic, snap-on covers provided. The covers are far from robust, however, many promptly breaking. Students were told to replace the fragile covers at their expense or suffer confiscation of unprotected machines. Rather than waste money on protective covers that aren’t many students choose to leave their laptops at home.

Students were also provided padded carrying cases to further protect their computers. A procurement mix-up saw the wrong cases issued, however – no one noticed that rather than the cheap cases ordered, deluxe cases costing ten times as much were inadvertently handed out. Chaos ensued as the school scrambled to recover the cases it could not afford so it could replace them with flimsy cheap ones. In any event, the few students who do bring their computers to school do not use the padded cases because they are too big to fit into their school bags, students also complain that the bulky double-protected computers are too heavy to carry.

School management, having put a huge effort into distributing the computers and then improvising a system to manage the endless stream of damaged and malfunctioning machines, completely ignored the single most critical aspect of any such effort: the integration of computers into learning programs. Teachers were provided neither strategic direction nor training on the use of computers as learning tools. Thus, the computers are used almost exclusively for word processing in language intensive subjects (English and Society and Environment), making them bulky and extremely expensive replacements for pen and paper.

The policing of computer use is the responsibility of individual teachers, of course. Teachers are expected to confiscate any computer not protected by a protective case. This leads to conflicts with students who, quite naturally, do not want their computers seized.

Teachers are also expected to constantly circulate through classes closely monitoring computer use, confiscating any machine used for game playing or accessing inappropriate websites. Students keen to update their Facebook profiles rather than participate in a boring geography lesson, see the restrictions as something of a challenge, quickly becoming adept at concealing their off-task activities. So as to not become involved in an endless cat-and-mouse battle-of-wits with students, realistic teachers do not use computers in class so as to avoid the risk of being accused of failure to properly supervise their classes.

Fearful of possible accusations of encouraging frivolous misuse of expensive technology the principal decreed that students must use computers only for educational activities. This prevents teachers using computers as incentives to work, not allowing teachers to promise time for fun use of computers toward the end of sessions when diligent students have completed tasks. In any event, only some 15% of year nine mainstream students reliably bring computers to class. It is therefore impossible to implement whole of class online learning activities.

With the distribution of computers, teachers are prohibited from booking year nine and ten classes into dedicated computer labs, this is to free up the labs for those students not supplied with laptops. This creates the paradoxical situation in which the distribution of laptops has actually reduced students’ computer use: students cannot use computers they do not bring to school or that are out of service but are denied access to existing desktop computers at school.

Adding a touch of perversity to this ludicrous situation is the news that the school has been accepted as an Independent Public School this year. Imagine the fun and games that will ensue with the bright sparks incapable of properly managing the distribution and use of a few hundred laptop computers now independently running the whole school.

As a cost cutting move, school management advised teachers that existing preparation-area desktop computers – mostly obsolete Pentium 4 hand-me-downs from another government department – would not be replaced as they die. Teachers were instead to provide their own laptops for use at work.

Hoping to force the purchase of personal computers, teachers were told that laptops would be required as an interface for the new large screen TVs to be installed in all classrooms – teachers without laptops would be unable to use the TVs. Faced with employee discontent, school management relented, providing iPads even though they are not an appropriate substitute for a laptop, much less a desktop computer. Teachers must provide the peripherals – keyboard, mouse and so on – to make the iPads usable for the various clerical tasks teachers attend to daily. It is as yet unclear how the iPads will enable teachers to show DVDs, however.

Now just imagine the chaos as thousands of schools Australia-wide, some less well-managed than this one, join the education revolution. The thought is revolting indeed.

Absurdity at the top

A pogrom is announced

Losing with Dignity is Still Losing