Over the [past] decade or so, politically driven climate deniers have adroitly used instruments of democratic practice to erode the authority of professional expertise.

Perhaps the most monumental waste of time, effort and money in all history was the building the Great Pyramid of Giza for the Pharaoh Khufu—that is until around 4500 years later when Australia decided to "save the planet" by the introduction of a Carbon Tax.

Back in 2500BC Khufu wanted to ensure his entry into the afterlife. All available evidence suggests that his effort was in vain. Tomb-robbers saw to that. Indeed back then all of the temple priests and courtiers and after-life scientists had, no doubt, little need to whisper in Pharaoh’s ear that he might not make it. After all the science “was settled” both as to his afterlife prospects and the inviolability of the Great Pyramid, to intruders. The greatest intellectual minds in Egypt, no doubt, agreed upon that point.

Meanwhile, back in Australia, circa 2011, a new pyramid scheme is now underway, a Carbon Tax, which has about as much chance of altering the temperature of planet Earth as Pharaoh Khufu’s efforts to stay in one piece—forever. Now we, like the ancient Egyptians, are about to undertake a gigantic endeavour, a voyage into the unknown world of climate manipulation.

So you would expect that the great intellectual minds of Australia—those eagerly supporting the climate-change theory— would be very happy with the outcome of the Gillard government’s passing of the Carbon Tax legislation. But no, they are most unhappy. 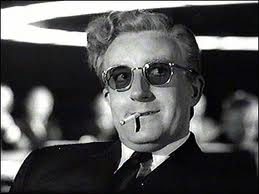 Why? Because blasted democracy was getting in the way of settled science — or as Professor Clive Hamilton put it: “instruments of democratic practice” were “adroitly used” to “erode the authority of professional expertise”.

Democracy relies on an understanding of the difference between those questions that involve the judgment of citizens and those where citizens have no alternative but to place their trust in those with expertise.

You might well ask Professor Manne: Since when has democracy relied upon trusting scientists? Surely this is venturing into the world of Dr. Strangelove?

They [citizens] have attempted, with considerable success, to undermine the authority of climate science by skilful exploitation of a free media, appeal to freedom of information laws, the mobilisation of vociferous citizens, and the promotion of their own to public office. In this way democracy has defeated science.

Wow! And here’s me thinking it was the other way around.

Perhaps these unhappy intellectuals should ponder for a while as to why people, who normally never question science, now distrust it so much, particularly when it comes to climate-change theory. Why has possibly the most trusted academic discipline, science, suddenly become the butt of suspicion and doubt? It is no good blaming the citizenry, it’s their theory, not ours.

What has happened to some of our unhappy intellectuals is that they are now confronted with a new concept, science-politics. Science-politics follows closely on the heels of history-politics, which was first spotted in academia in the writings by historians of Aboriginal history. The basic premise of history-politics was that you can force political change upon a country, and it’s citizens, by re-jigging history to achieve a desired political outcome. That is, create a feeling of guilt, then work on the guilt factor to demand change. It works a treat. It really does.

Science-politics surfaced when climate-theory scientists suddenly found, after the release of the first IPCC report, that they were under serious questioning from not only fellow scientists, but members of the general public. Suddenly the cosy world of the IPCC was exposed to scrutiny, both in the media and by the newly emerging internet community. Hitherto unimaginable amounts of information were suddenly available to the public about, not only the scientific methods used by the IPCC, but also the rather unsavoury political games that they were playing with the public’s mind. And they were fairly adroit at character assassination of their dissenting scientific colleagues.

Australians (79%) had become very suspicious, perhaps when they first learnt that the IPCC only accepted scientific research and reports from scientists who totally agreed with their climate-science. They then became further concerned when they read of the University of East Anglia climate unit’s jigging of figures and tweaking computer models to fit in with their theories. But the most curious mistake the “most qualified and knowledgeable” made, was the too-clever-by-far spin that the science “was settled”. It wasn’t. It isn’t!

Claims that the Great Barrier Reef would be sprouting cactus within two years; central Sydney would be 6 meters under water, and the Murray River would never flow again, have all proved to be false. That coastal homes would be submerged if nothing was done by Australia, suddenly became less of a worry when The Australian reported Professor Tim Flannery’s recently purchased beachside property in NSW was in the so-called danger zone. Hobart residents were relieved when Bob Brown and Christine Milne moved into their offices on the Hobart waterfront.

Then there were the polar bears that were never endangered. The Indian glacier that wasn’t a problem. The sea-level that hasn’t altered around Australia in 40 years and the global temperature that is not running amuck as predicted. Oh! What a tangled web, Professors Hamilton and Manne, you weaveas the public are expected to wait breathlessly for the next prediction of doom and impending disaster.

“What do we want—Armageddon! When do we want it—NOW!”

Consistent to the final drop